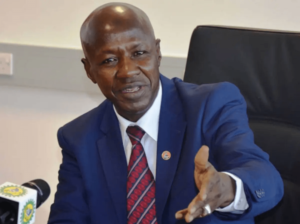 According to the suspended acting chairman of the Economic and Financial Crimes Commission, EFCC, Ibrahim Magu, doesn’t know why he is investigated.

This was revealed by his lawyer in a recent submission on Channels Television’s Politics Today. He also stated that Magu is not pleased with how the hearing is being conducted.

Making his submission, he said;

“He (Magu) has not been informed why he is being investigated. Magu has a lot of problems with the way the committee has conducted hearings. Against the directive of the President, the committee has been meeting without media presence.

The committee has been meeting privately at the Villa, against a public hearing President Buhari ordered.”

Why I Abandoned My Wife And Children ...