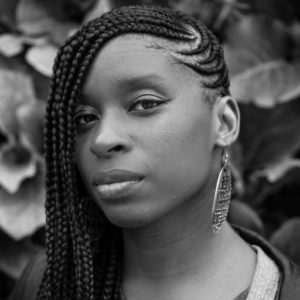 The Nigerian-British author, Irenosen Okojie has been announced as the winner of the €10,000 2020 AKO Caine Prize for African Writing for her interesting short story, Grace Jones.

The story, Grace Jones, is about a young Martinician woman from London who is burdened with guilt after she lost her family in a fire accident that also destroyed her flat. To find a sense of relief, the young grieving woman took under the wings of being a celebrity impersonator. She chose to hide under the mask of a Jamaican celebrity, Grace Jones where she commits dreadful acts under the character.

According to the Caine prize chair of judges and director of The Africa Centre, Kenneth Olumuyiwa Tharp said that the story “moves exquisitely and seamlessly between the exploration of the universal experiences of unspeakable suffering, pleasure and escape, and the particular experience of being black and African in a global city such as London.”

He also said, “It is intense and full of stunning prose; it’s also a story that reflects African consciousness in the way it so seamlessly shifts dimensions, and it’s a story that demonstrates extraordinary imagination. Most of all, it is world-class fiction from an African writer.”

In reaction to her win, the Edo State Governor, Godwin Obaseki took to his Twitter page to celebrate the “enthralling storyteller and thinker.” According to him, Irenoson Okojie has “joined the league of Edo sons and daughters in the Diaspora who are putting the state on the world map for good.”

See his tweets below:

Congratulations to @IrenosenOkojie on the @CainePrize award. We are proud of her exploits, as she joins the league of Edo sons and daughters in the Diaspora who are putting the state on the world map for good.

An enthralling storyteller and thinker, @IrenosenOkojie inspires readers with her unique blend of magical realism, surrealism and Africanism delivered in captivating, disarming prose.