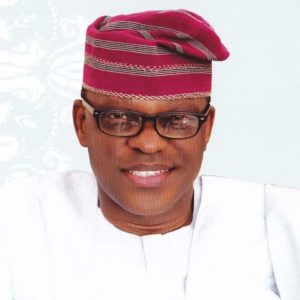 Eyitayo Jegede has emerged the Peoples Democratic Party’s candidate for the Ondo state gubernatorial elections after running against the Deputy-Governor of Ondo State, Agboola Ajayi in the primary elections.

Eyitayo Jegede has received congratulatory messages from politicians and statesmen, including the former vice president of Nigeria, Atiku Abubakar. Atiku took to his Twitter page to also urge other political stakeholders to support Eyitayo Jegede in the forthcoming elections.

Just as it is in Edo state, the Ondo State gubernatorial elections is a rematch of the 2016 political race between Oluwarotimi Akeredolu (SAN) of the All Progressives Congress and Eyitayo Jegede (SAN) of the Peoples Democratic Party.

Davido Seen in the Studio With American ...