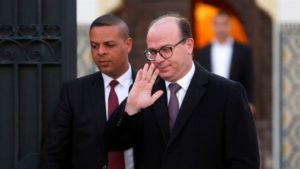 The presidency’s office confirmed that the head of government submitted his resignation on Wednesday 15th July, 2020 in the morning.

He is accused of maintaining shares in private companies that won state contracts amounting to $15m (£12m).

However, the outgoing prime minister has denied accusations of corruption and has previously said he would step down if an ongoing investigation showed any wrongdoing.

His resignation comes following intense pressure on Mr Fakhfakh from members of parliament the past week over a brewing alleged financial scandal.