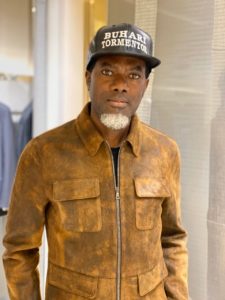 Author and lawyer, Reno Omokri has lashed out at President Buhari and has accused him of being a con man who uses and dumps people after they are of no use to him.

Omokri accused him of dumping Bola Tinubu because it is his character and he has a track record to prove for it like he dumped his former conspirators.

“General @MBuhari used Bola @AsiwajuTinubu, and dumped him after using him. He did the same to his former conspirators”