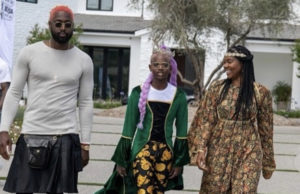 Gabrielle Union and Dwyane Wade just gave their daughter, Zaya, the royal treatment in honor of her 13th birthday.

Over the weekend, the famous couple threw a medieval-slash-pride themed party at their home in California. They went all out for the celebrations, including full-blown costumes and a massive hedge sign that reads, “Zaya #13.”

While Union wore a patterned dress and headband, her stepdaughter stole the show in a velvet green gown that looks straight out of the Middle Ages. Zaya completed the ensemble with purple braids and a shiny crown (natch). Even Wade joined in on the fun, wearing a simple costume that resembles a Game of Thrones character.

Zaya’s actual birthday was on May 29, but to due social distancing, she waited to celebrate. 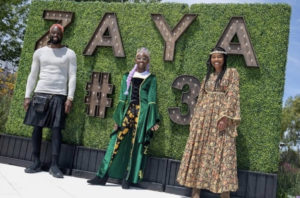