Killings of Blacks ‘Should Not Be Normal’ : Ex-President Obama on George Floyd Murder 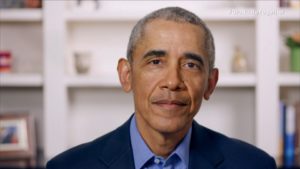 Former President Barack Obama has broken his silence over the death of George Floyd as ongoing protests over police brutality shake the United States.

The 44th president posted a statement on Twitter on Friday, following current President Donald Trump’s call for looters to be shot in a tweet that has not been deleted.

He began by sharing an anecdote of a conversation he had with a friend, a middle-aged African American businessman, and their different circumstances.

“This shouldn’t be ‘normal’ in 2020 America. It can’t be ‘normal.’ If we want our children to grow up in a nation that lives to its highest ideals, we can and must be better”, he said

My statement on the death of George Floyd: pic.twitter.com/Hg1k9JHT6R 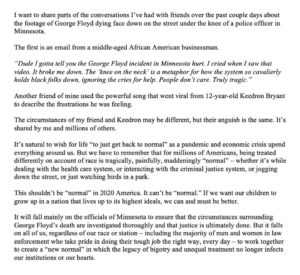