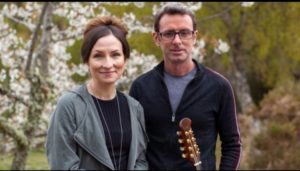 Singer Julie Fowlis and her husband, Eamon Doorley who is also a musician were interviewed by the BBC news and they said that their work quickly crumbled due to the spread of the Coronavirus pandemic. The musical couples would have been performing from show to show; however, all musical shows were shut down during the pandemic introducing into a season of hardship for musicians who earn through musical shows. The couple said “it was just like watching a stack of dominoes falling. We are now looking at it as being year of no live music”.

The couple however expressed hope in their interview as they stated that the lockdown has enabled them to write new music and also record a new album. When asked as to how they have been surviving, the couple said they were lucky enough to have other means of income.

A major solution open to artistes in this season is learning how to use the social media as a tool in harnessing their musical talents. This can come in form of online skits and online shows which would increase the relevance of the artists in the industry. The artistes can also harness the opportunities made available in the advertisement industry to make some money and also to enforce bigger partnerships. Better still, musical artists can decide to release a new album in this season also.