NEW VIDEO: “ANOTHER STORY” VIDEO IS A BOLD STATEMENT FROM BURNA BOY AS HE ASSERTS THE IDEALISM THAT CONSTITUTES WHAT IT TAKES TO BE AN AFRICAN GIANT. 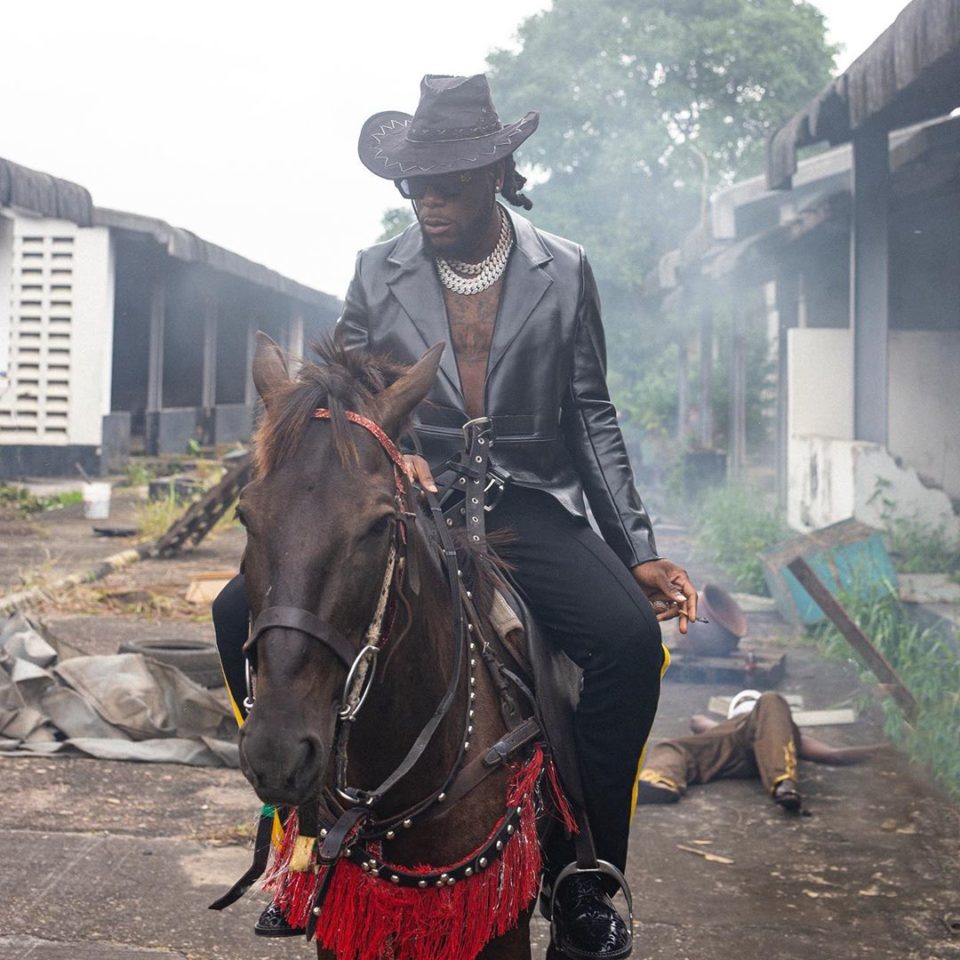 Burna Boy releases the visuals to “Another Story” on the eve of Nigeria’s 59th Independence, and it is packed with various powerful images depicting the past and present problems the country is facing.

The music video embodies the essence of the song as Burna Boyadmonishes the people to take up their political responsibility and eschew tribal unrest. By using specific symbols, the issue of tribal unrest is depicted by the various dead men in their traditional outfits; the problem of the lack of justice in the country is seen by a bloodied and teary-eyed Lady Justice and the lack of enlightenment is depicted by the people in the classroom with blindfolds on.

The video begins with a reference to the Wild West, hinting at the forward wave of colonial expansion and the trials indigenous people had to endure for survival. Burna Boy’s declaration as “THE AFRICAN GIANT” reverberates throughout the video as he steps out of the fray to give the people a voice. Collaborating with Ghanian rapper, M.anifest, who identifies with the same issues stemming from British imperialism and colonialism, Burna Boy educates those who are unaware of the systemic and institutionalized oppression which perpetuates the constant carnage and chaos plaguing the country and the larger African Continent since its inception. The African Giant further calls for unison amongst the African people and hopes for a collective black consciousness where accountability is paramount.

Burna Boy brings out to the public a vivid reminder of the issues afflicting the people, especially the youth of the country. From the beginning of the video, he is clear in his message that from early on, the people are blinded by “violence,” “tribalism,” “religion,” “greed,” “poverty,” “lack of education” and much more and these are the biggest hindrances to defeating the oppression that permeates society.

CALL FOR NOMINATIONS FOR THE 3RD ANNUAL ...