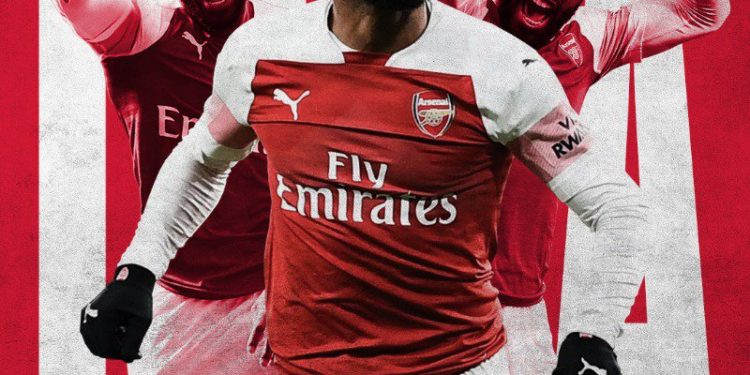 Arsenal’s French striker, Alexandre Lacazette has won the club’s player of the year award with 35% of the votes cast by the the club’s supporters.

The former Lyon striker has scored 18 goals and has 9 assists in all competitions this season.

In a statement, the club praised his impact and called him a big game player.

“If the mark of an elite forward is to make the difference when their team needs it most, then take a quick glance at Laca’s campaign,” the statement reads.

“Goals against Liverpool, Tottenham, Chelsea and Valencia only tell half the story, as do his assists against Manchester United both home and away.

“For while they underline Laca’s status as a big-game player, it is perhaps more telling to look at when the majority of his 18 goals have been scored to understand just how important he has been.

“Of his 18 goals this season, 11 have given us the lead in the match – and we’ve gone on to win 10 of those matches. The outlier was the 1-1 draw with Liverpool at the Emirates in November when his tenacity, composure and clinical finishing sealed a very hard-earned point.”

“It is also down to the force of his personality, his ability to lift the team and the crowd with a simple chase back to win the ball, lung-busting run at goal or threading of an eye-of-the-needle pass. Or the fact that he simply appears to be having so much fun, whether that’s in shooting practice on the training ground or doing an UnClassic commentary with [Pierre-Emerick Aubameyang]

“Football may be a serious business, but that doesn’t mean you can’t have fun. And Laca has fun, lots of it – but he remains a serious talent, and a deserved winner of our Player of the Season for 2018-19.”

WHAT WENT DOWN AT THE BUSINESS OF ...