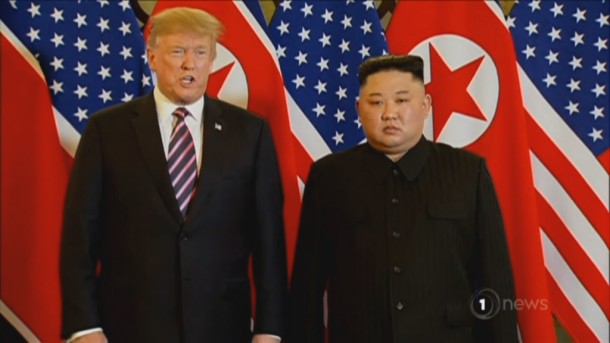 US President Donald Trump and Kim Jong Un’s meeting in Vietnam ended abruptly without a deal.

While the US. President said his relationship with the North Korean leader was strong, the duo were still unable to find common ground.

After the meeting was called to a premature end, Trump said: “Sometimes you have to walk, and this was just one of those times,”

Trump also said Mr Kim promised him there will be no more missile tests.

What looked to have out the spanner in the works of any agreement was North Korea’s insistence that the US lift all sanctions, which the US were not willing to do.

White House Spokeswoman, Sarah Sanders said both countries ” discussed various ways to advance denuclearisation and economic driven concepts,” but that “No agreement was reached at this time, but their respective teams look forward to meeting in the future.”

According to a White House announcement, both leaders were scheduled to hold a “joint agreement signing ceremony” at the conclusion of their summit talks. This did not happen as both leaders left with meeting and the signing did not take place after both teams could not reach agreement.

Fulham Sack Raneiri After Only 16 Games ...