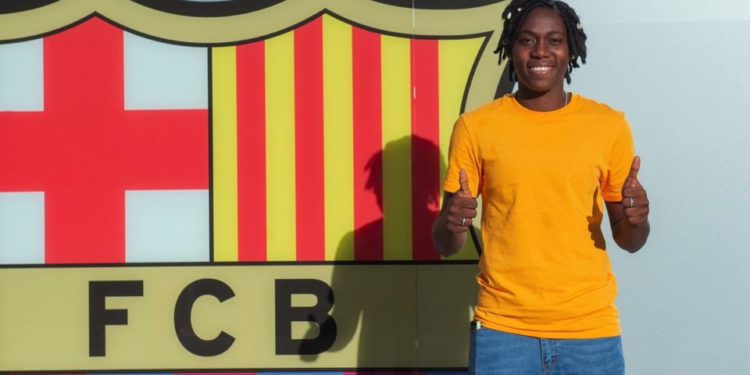 The former Arsenal and Liverpool forward went through medicals at the club earlier today and will wear jersey number 20 for the Catalans.

The 24-year-old joined her Chinese Women Super League side in 2017 helping them to win the league title in her first season.

“This is obviously one of the best clubs in the world. The team has a great history and wonderful football mentality,” Oshoala told Barcelona website. 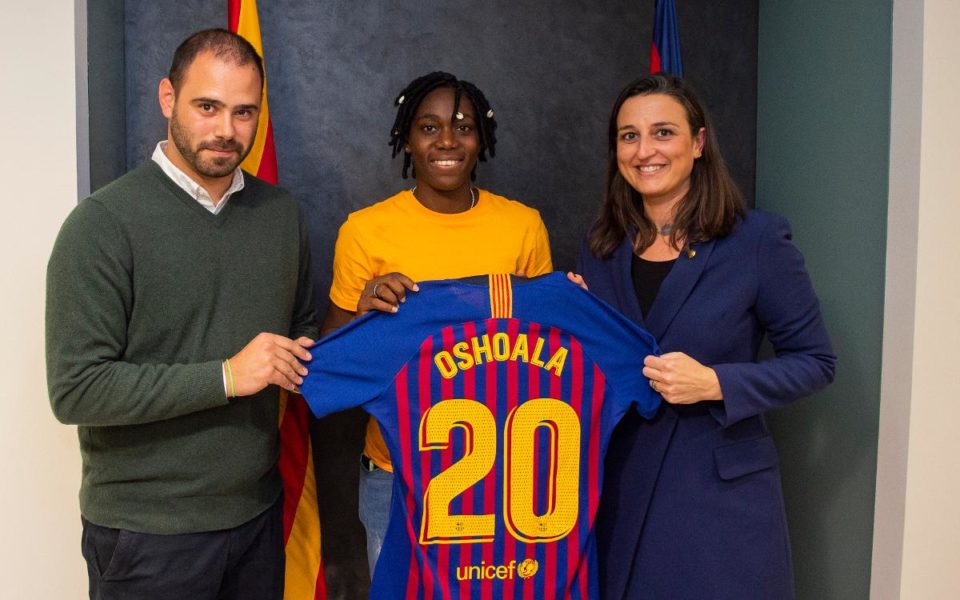 “I am excited about playing with Vicky Losada again. She’s a great midfielder, with a lot of energy and skill. I also met Fabiana in China and she helped me to make this decision.” She added.