Femi Kuti to perform at the Global citizen festival: Mandela 100 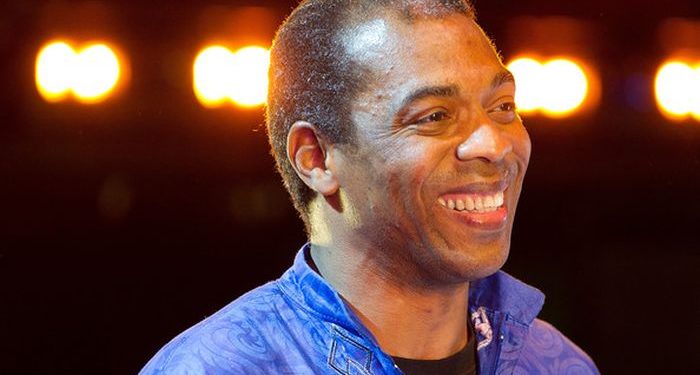 Global Citizen Festival: Mandela100 will be featuring some International acts and African artists too.

Today we will be talking about Femi Kuti from Nigeria as one of the African acts that would be performing at the Global Citizen Festival: Mandela 100

Femi Kuti from Nigeria, Olufela Olufemi Anikulapo Kuti, popularly known as Femi Kuti, is a Nigerian musician born in London and raised in Lagos. He is the eldest son of afrobeat pioneer Fela Kuti and a grandchild of a political campaigner, women’s rights activist and traditional aristocrat Funmilayo Ransome Kuti.

Femi’s musical career started when he began playing in his father’s band, Egypt 80. In 1986, Femi started his own band, Positive Force, and began establishing himself as an artist independent of his father’s massive legacy.

His first record was released in 1995 by Tabu/Motown, followed four years later by Shoki Shoki (MCA), which garnered widespread critical acclaim. In 2001 he collaborated with Common, Mos Def and Jaguar Wright on Fight to Win, an effort to cross over to a mainstream audience, and started touring the United States with Jane’s Addiction. In 2004 he opened The Shrine, his club, where he recorded the live album Africa Shrine. After a 4-year absence due to personal setbacks, he re-emerged in 2008 with Day by Day and Africa for Africa in 2010, for which he received two Grammy nominations. In 2012 he was both inducted into the Headies Hall of Fame (the most prestigious music awards in Nigeria), was the opening act on the Red Hot Chili Peppers’ European arena tour and became an Ambassador for Amnesty International. He continues to expand the diversity of his artistry on his new album (2013) No Place for My Dream. Femi Kuti was a judge on Nigeria’s huge TV show Nigerian Idol Season.

Follow us for more updates on the Global Citizen Festival: Mandela 100.

Check the winners at the Eloy Awards ...

The funeral arrangements for late popular On ...