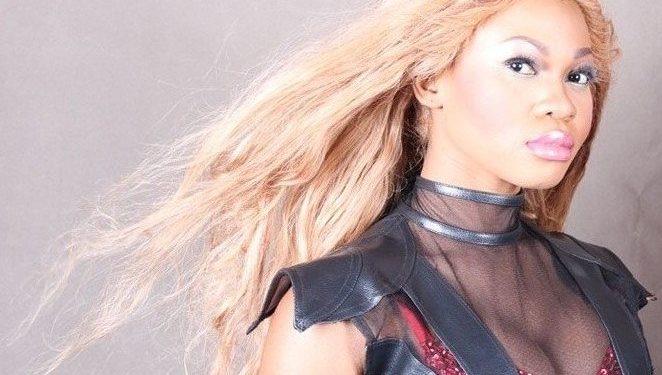 Today we celebrate one of Nigerian’s golden treasure in the music industry, a rare gem that redefined the music industry with her daring and energetic personality, someone that would forever be in our heart, Susan Oluwabimpe Harvey popularly known as Goldie.

Susan Oluwabimpe “Goldie” Filani was born on the 23rd of October 1981 in Lagos. She graduated from the University of Sunderland in 2007 with a BA in Business Management and she was married to Andrew Harvey in 2005, though this was not widely known.
Goldie who was signed under Kennis music won several African music awards including a Top Naija Music Award and a nomination for best collabo by Headies Awards. She appeared on Big Brother Africa in 2012 which was her first TV appearance.
And some of her hit songs were Don’t touch, DJ play on, you know it featuring Eldee, jawo jawo which she featured Jaywon and several others with her bold and colourful videos.
Her energetic personality and animated performances were the things that made her stand out, she was at some point referred to as “Nigerian Lady Gaga”.

She has some unique traits that cemented her position as a true pop-diva and an entertainer.
Goldie had a daring and creative personality with her own style statement on red carpets and shows.
After returning home to Nigeria from the 2013 Grammy Awards in Los Angeles, California, she complained of a headache and was rushed to hospital where she was later pronounced dead.
Although there were rumors that she may have used drugs that caused her death, her husband denied that possibility, an autopsy, conducted by the Department of Pathology and Forensic Medicine of the Lagos State University Teaching Hospital, that the Nigerian pop star died of ‘hypertensive heart disease,’ which triggered an “intracerebellar hemorrhage.”
Goldie, 31 years old at the time of her death, was laid to rest on the 25th February 2013 at the Vaults and Gardens, Ikoyi, Lagos.
It’s been six years after her death and there has not been “another” Goldie, that can infuse her eccentric lifestyle or fashion statement.
Goldie was special, she brought out her personality in her songs or her videos.