A TV Presenter who also works as a model, Emilia Samuel, has accused a Filmmaker Theo Ukpaa of rape.

According to the lady who is now married with children, the alleged rape happened when she was just 16 years old and unfortunately, it was the man that deflowered her because she was still a virgin at the time.
In her post, she claimed she recently came across his page after he got married yesterday and she couldn’t help herself as the memories continued to haunt her.
She claimed he might want to deny committing the act, but her model colleagues who were working with her at the time can attest to the allege rape.

Read her Instagram post:
Here’s what happened to me years back, I forgot about it partially and I ran into his page last week when he got married and the memories came back. He was working at @soundcityafrica as at when it happened and he presently works at @officiallindaikeji please kindly read before you judge and I know most models can attest to this”.

She shared a couple of pictures in which she had the story typed out from when she had gone for a competition to get trained as a model to when he raped her and started molesting her. She also told how he threatened to release her nude photos if she told anyone.
She then called on a couple of bloggers to help her share her story. 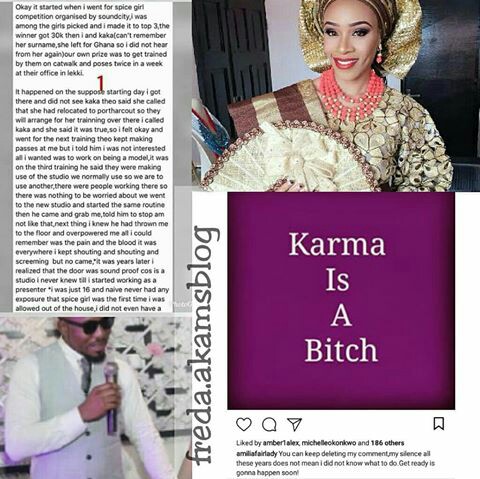 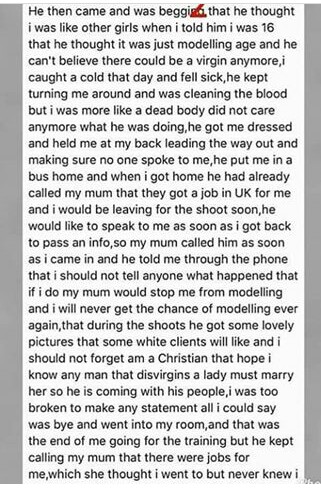 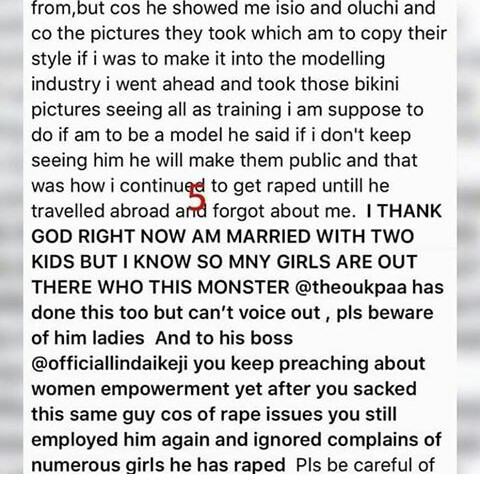 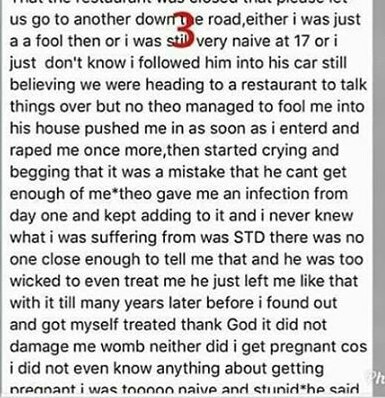 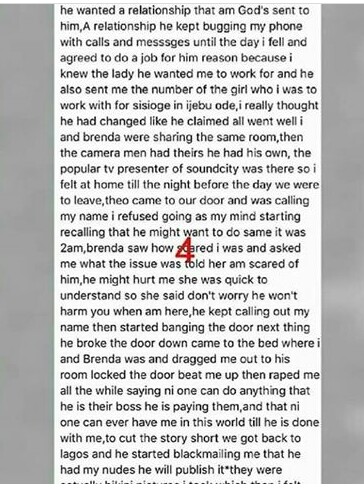 Theo Ukpaa is a Nollywood film maker who is also channel manager for LITV. He got married to his sweetheart ,Tola Adesokun in a beautiful beach wedding some days ago and he went on honeymoon in Greece.