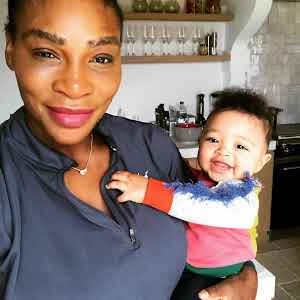 Alexis Olympia Ohanian turns 1 this week but there won’t be a party, according to her mum Serena Williams.

Serena revealed during a press conference that due to her religious beliefs, there won’t be a birthday celebration for Olympia.

She shared: “Olympia doesn’t celebrate birthdays. We’re Jehovah’s Witnesses, so we don’t do that.”

The Jehovah’s Witnesses are a religious organisation who avoid the celebration of certain “religious holidays” including Christmas, Easter as well as birthdays.

The belief is that these celebrations have pagan origin and practicing them is not an act of wholesome worship to God.

According to a Huffington post report, Serena Williams and her sisters joined the faith after their mother converted in the early 1980s.

All The People And Brands I Worked ...