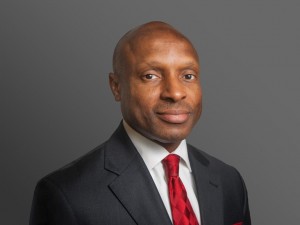 Mr Amangbo was taken into custody during the weekend by the Economic and Financial Crimes Commission, EFCC for failing to properly document the suspicious transactions and report them to authorities as required by the Money Laundering Act 2011.

Investigation details leaked to the press by sources in the EFCC said N117 billion have been withdrawn in cash by officials at various times since June 2015 and that Zenith made N5.2 billion from fees and finance charges.

The withdrawals were made in N10m tranches with 50 cheques posting in one day in several instances, according to the leaker.

The EFCC is also seeking to arrest an official in charge of Finance and Accounts at the Government House, Similari Fubara and a cashier amongst others to investigate.

Zenith and EFCC are yet to officially react to the development but Wike in a statement on Sunday warned the agency to stay off Rivers finances warning that it would frustrate the investigation.

“We are not afraid of their probe and they have no power to probe us.

“No government official will appear before the EFCC until they set aside the court judgment of Rivers State Government against them in 2007. We cannot be intimidated.

“They filed for leave to appeal the judgment at the Court of Appeal. Until they set aside the judgment, we will not come,” Wike said.

Trump Referred to Buhari as ‘lifeless’ – ...