Following successful live viewings of UEFA Champions League matches by fans in Lagos, Abuja and Port Harcourt, international premium lager beer, Heineken on Saturday, May 26th, 2018, welcomed football fans into the Ocean View Ground, of Eko Hotel and Suites, in Lagos, for the historic final match between Real Madrid and Liverpool. This grand finale of the premium football viewing events was indeed a special one with the presence of Argentine football legend, Hernan Crespo, who joined hundreds of Nigerian fans to witness a truly memorable night of drama and action.

Crespo, who arrived the country on Thursday, 24th of May, 2018, had spent time soaking in the city of Lagos by visiting leading art, culture, lifestyle, and educational centre, Terra Kulture, to view stunning artworks on display. He had also paid surprise visits to four lucky football fans in their offices in various parts of Lagos, delivering to the delighted fans exclusive front row invites to the UCL Final live match viewing experience put together by Heineken.
The 2017/2018 UCL final was all set to be a momentous occasion, with the Zinedine Zidane led Real Madrid team vying for an unprecedented 13th overall and third consecutive title win, while the Jorgen Klopp coached Liverpool side was hoping to win a sixth title on the night in Kiev, in their first final since 2007. The match which was 0-0 at half time, produced a total of 4 goals in the second half, with the Spaniards scoring the first in the 50th minute courtesy of Karim Benzema.
Although Liverpool quickly equalized through Sadio Mane in the 54th minute, Madrid’s super substitute, Gareth Bale, who came in in the 62nd minute scored two wonder goals to put the game beyond the English side, effectively handing Real Madrid a 13th UCL title, and the 4th win in the past 5 seasons. The trio of sports broadcaster, Moses Praiz, Hernan Crespo and ex Super Eagles player and coach, Samson Siasia, provided expert analysis and made predictions during half time.
While guests enjoyed playing various fun activities like table soccer, video games and so on, additional entertainment was provided by DJ Neptune, with hype man, Shody, further galvanizing the excited crowd during the post-match after-party to create a carnival-like atmosphere which matched the mood of both the Real Madrid players jubilating on the pitch faraway in Kiev and thousands of their fans celebrating along with them in Lagos. 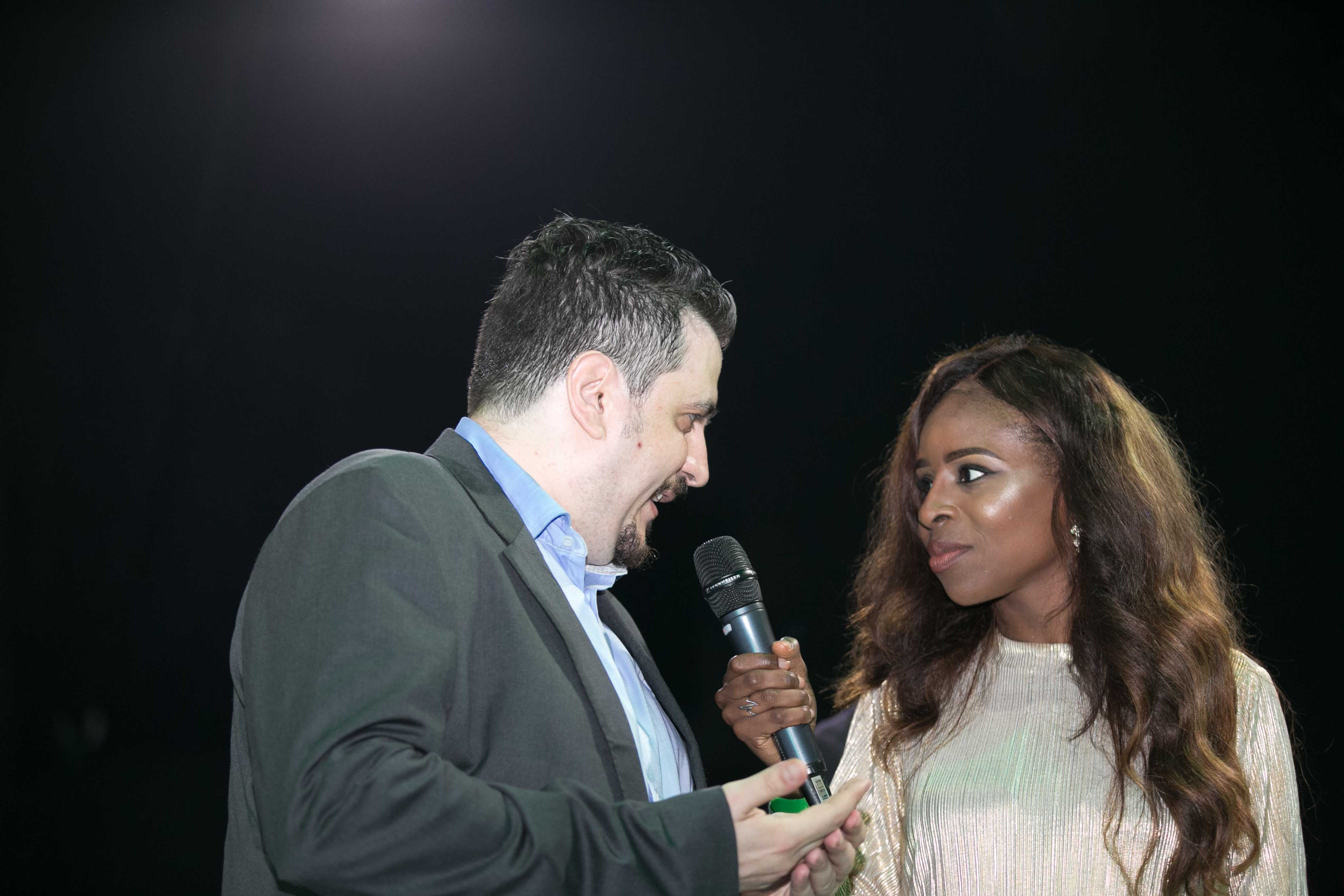 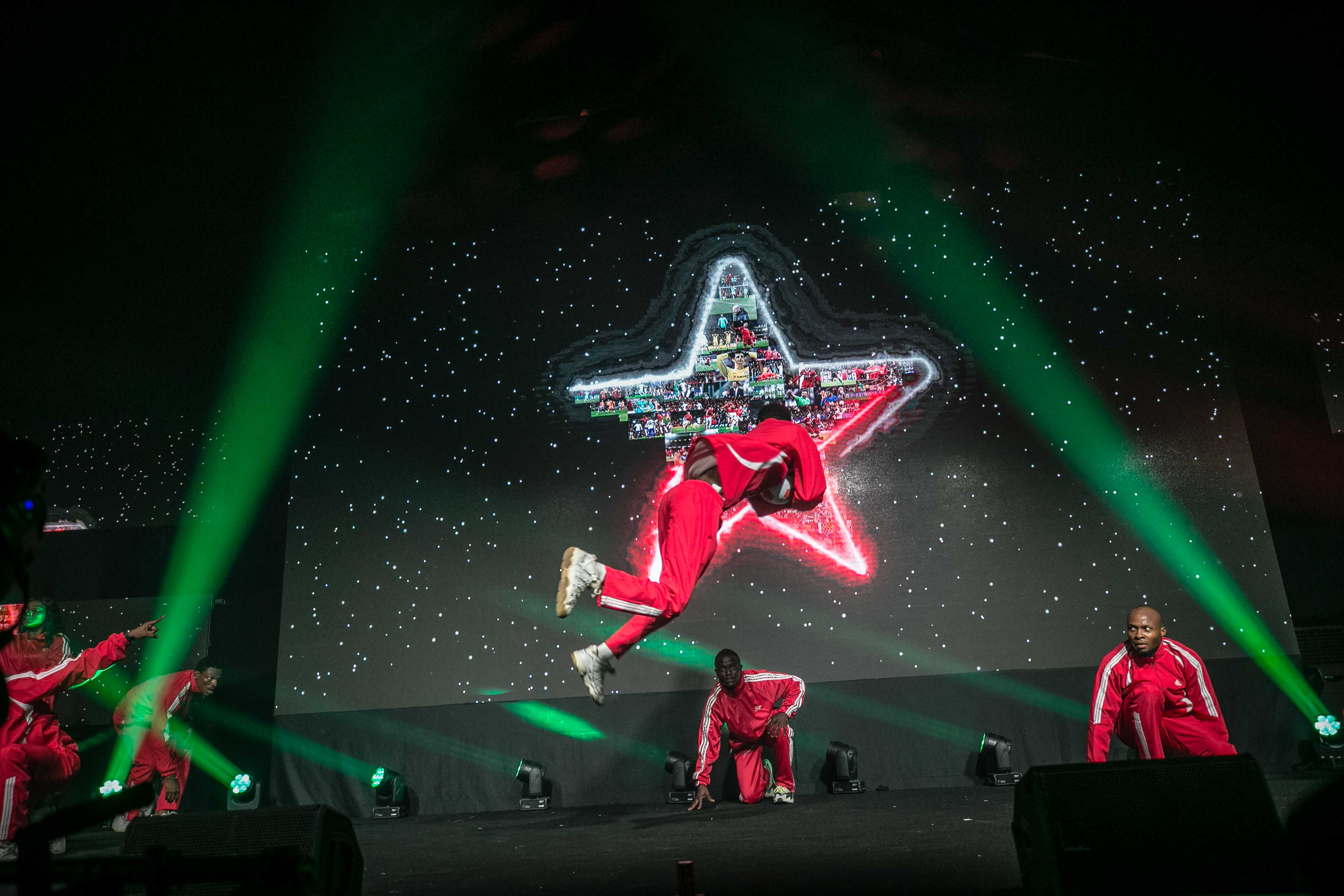 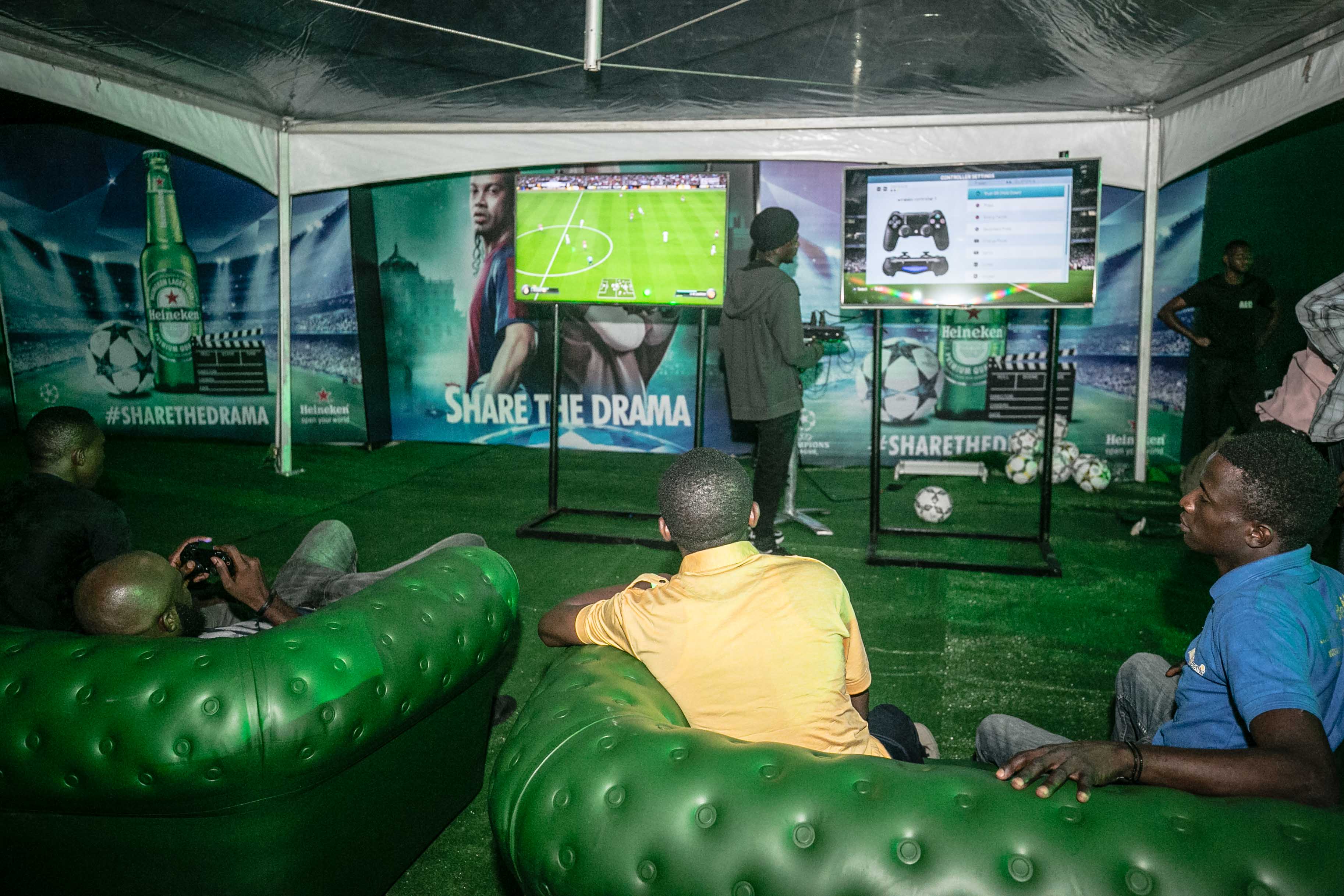 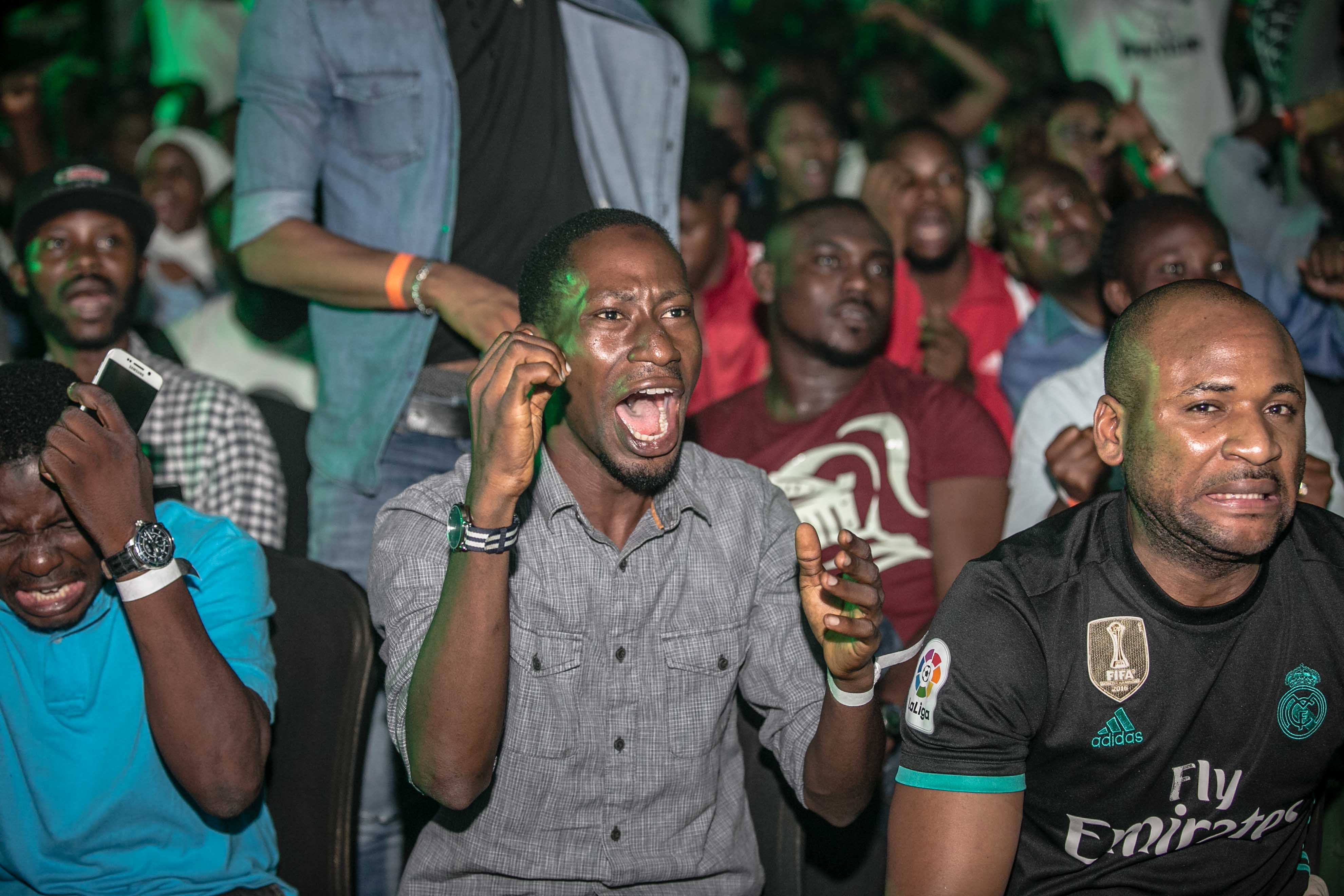 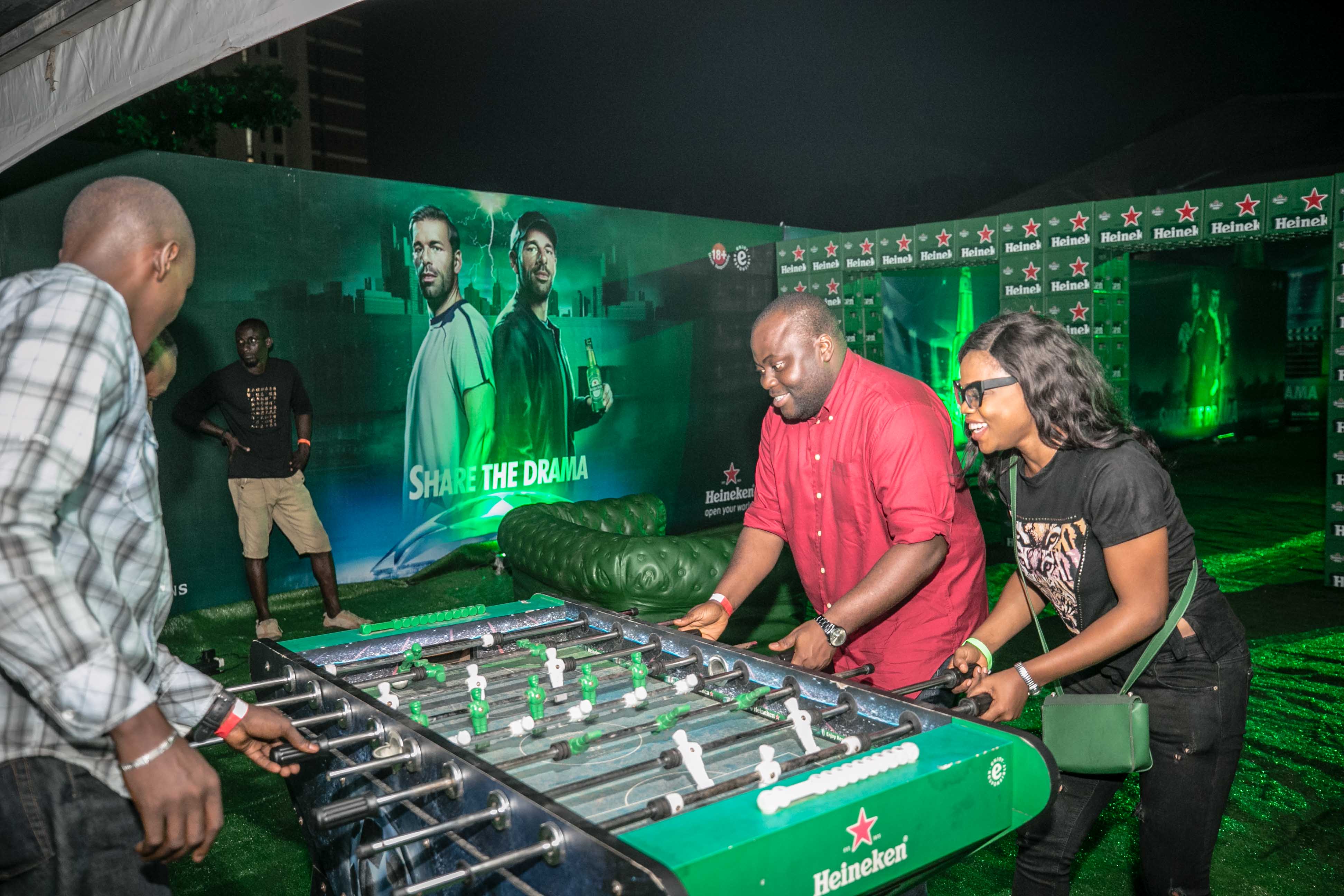 Album Review: ‘About 30’ will further strengthen ...

“Apologize to Linda Ikeji before I give ...