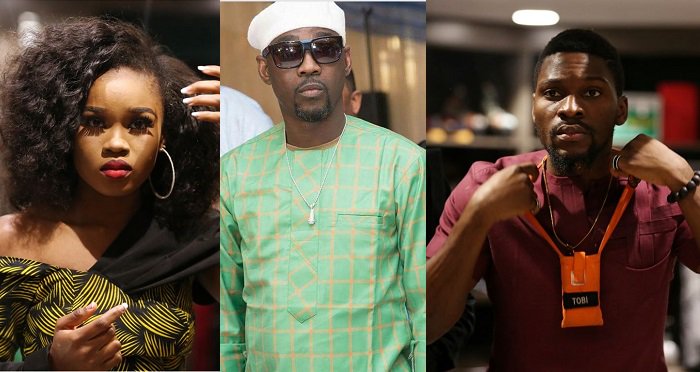 More celebrities have reacted to housemate Cee-C’s earlier tirade on Wednesday. Popular Fuji musician, Pasuma is not left out. Pasuma has called on the organisers of the show to be more strict in addressing issues that bother on verbal abuse in the house.

Cee-c on Wednesday verbally attacked Tobi for over an hour which led to Biggie issuing her a warning strike.

She had accused Tobi of gossiping and talking behind her with other housemates.

Reacting to the development, Pasuma on his Instagram page wrote: “I haven’t been paying attention to the Nigeria’s BBNAIJA reality show until recently i started receiving its viral updates which really have been largely filled with unpalatable dramas and misconducts by some of the housemates.

“The latest of this is the mindless verbal assault launched by one of the female housemates called CeeC against a male housemate named Tobi.

“This undesirable behaviour is clearly one of the indications of the collapse of our moral system and the weakness of the family unit as a vital agent of the society with the prime obligation to install values, good conduct and discipline in children from the cradle.

” Indeed, I’ve personally taken that as a duty as a parent. It’s always been part of my songs to the society and its expected that parents will take this responsibility with more seriousness.

“Though the BBN managers have penalised the erring housemate for her bad conduct, there must be stricter rules to effectively curb this unpleasant acts so as to enable viewers enjoy the real entertainment and instructional purposes of the show.”

Small doctor however, who had earlier declater his love for her and his intention to marry her had this to say : “Nobody Holy Pass? See Beyond Her Flaws… Kindly Vote Cee-C . Iyanu Mashele soonest.”