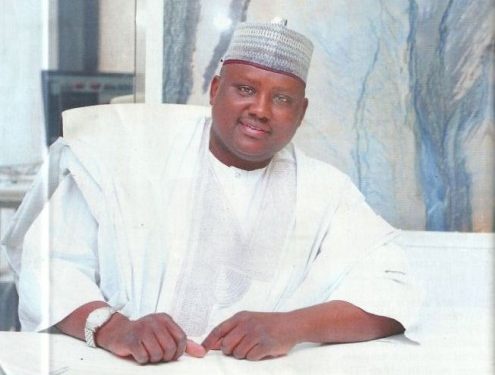 President Muhammadu Buhari has ordered the immediate disengagement from the service of Abdulrasheed Maina, former chairman of the Presidential Task Force on Pension Reforms.

In a statement issued by the President’s Special Adviser on Media and Publicity, Femi Adesina in Abuja on Monday said the President’s directive was contained in a memo to the Head of the Civil Service of the Federation, Winifred Oyo-Ita.

Adesina stated that the President equally demanded a full report of the circumstances of Maina’s recall and posting to the Ministry of Interior.

According to the presidential aide, the report is to be submitted to the office of the Chief of Staff to the President, Abba Kyari, before the end of work Monday.

The Minister of Interior retired Lt.-Gen. Abdulrahman Dambazau, on October 22, had confirmed the resumption of duty by Abdulrasheed Maina, as an Acting Director in his ministry.

The confirmation came in a statement issued by the Press Secretary to the minister, Ehisienmen Osaigbovo.
Maina was appointed by former President Goodluck Jonathan as Chairman of the task force in 2010 to check the corruption in the country’s pension system.

In 2012, the Nigeria Police accused him of misappropriating N100 billion pension funds in connivance with others.

The Civil Service Commission reportedly dismissed him for “absconding from duty’’.

Maina was arraigned in absentia by the Economic and Financial Crimes Commission (EFCC), which declared him wanted in 2015.

Wilson Uwujaren, the spokesman of the anti-graft agency in a statement at the weekend, said Maina remained on the commission’s wanted list.

Sunday’s confirmation by the minister followed reports in the online media that Maina had been secretly re-instated and promoted to the rank of a director in the ministry.