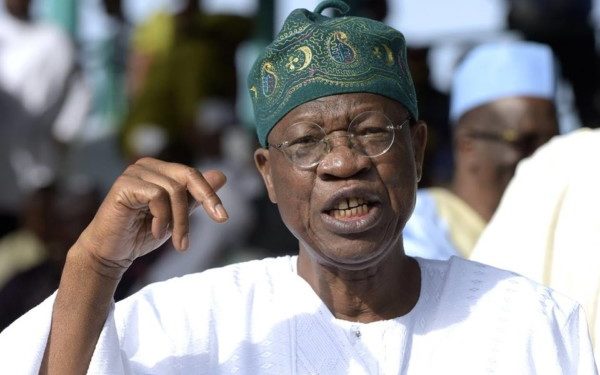 The Minister on Information and Culture Lai Mohammed has said that President Muhammadu Buhari is under no obligation to reveal the nature of his illness to anyone.

He said this in an interview with AFP, shortly after the return of the president from London, where he traveled to on the conclusion of the UN General Assembly in New York.

Asked when the President would reveal the nature of his ailment, he said:

I think there’s so much speculation as to what he’s been treated for.

I think we would rather respect his privacy. If Mr President feels like telling the world his ailment, so be it. I don’t think he’s under an obligation to tell anyone.

He also discussed the leader of the Indigenous People of Biafra, Nnamdi Kanu, saying he isn’t in the custody of the Federal Government.

Nnamdi Kanu’s house was raided by the military, with reports claiming members of his group were shot dead, and his house ransacked.

The leader of the secessionist group has since gone missing, and some members of the group allege that he was captured by the military.

But Lai Mohammed has said he wasn’t captured, but is in hiding instead.

“He’s not being captured at all,” Lai Mohammed said, adding that Kanu “crossed a line” and was in hiding.

My father tried to deliver me when ...