“Grateful” is scheduled to be release on the 23 of June also credits DJ Khaled’s son, Asahd as the executive producer. 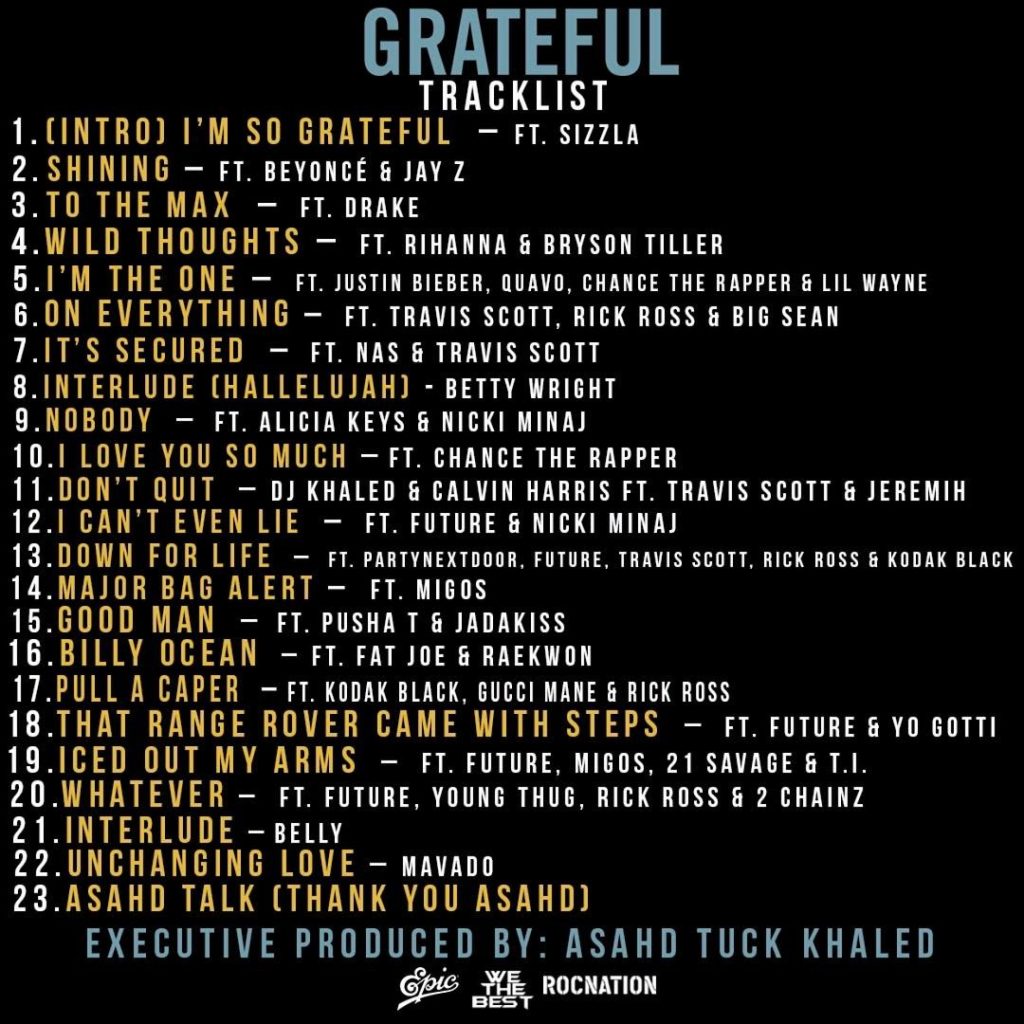