Bradd Pitt grants first Interview with GQ since his split 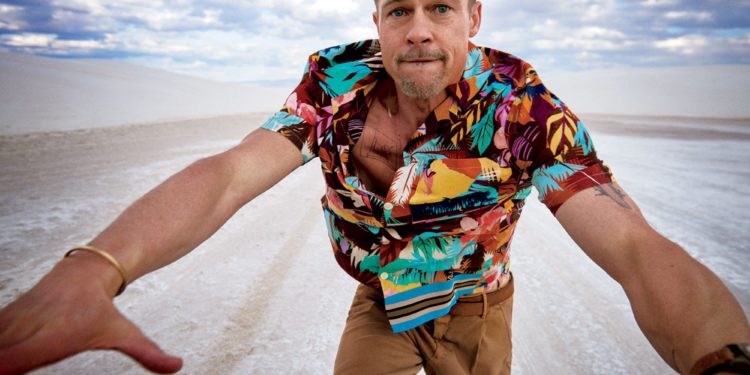 Brad Pitt has revealed he’s stopped drinking and is in therapy in his first interview since his split from Angelina Jolie last September.

In the extensive talk with GQ Style‘s summer issue, the 53-year-old actor mentioned his estranged wife’s name just once, recommending the interviewer check out her new movie First They Killed My Father: “You should see Angie’s film.”

Pitt spoke extensively about his six children with Jolie and the public custody fight over them.

He said he fears how his children’s friends will react to false rumors that emerged from the divorce, adding that it was “jarring” for them to “suddenly have their family ripped apart.”

After the bitter end of his 12-year relationship with Jolie, Pitt initially agreed to weekly supervised visits with their six kids, Maddox, 15, Pax, 13, Zahara, 12, Shiloh, 10, and twins Vivienne and Knox, 8. The Los Angeles Department of Children and Family Services and the FBI launched an investigation after Pitt allegedly got “verbally abusive” and “physical” with Maddox, his and Jolie‘s oldest child, after drinking on the couple’s private plane on Sept. 14, five days before she filed for divorce. They concluded that there were no findings of abuse and the former couple released a joint statement saying they were working with a private judge to resolve their divorce and would “act as a united front” moving forward. The FBI closed the criminal case with no charges.

Pitt spent much of the interview talking about his transformation since the split –including his healthy lifestyle changes.

“I was boozing too much,” he shared. “It’s just become a problem. And I’m really happy it’s been half a year now, which is bittersweet, but I’ve got my feelings in my fingertips again.”

He added, “Truthfully I could drink a Russian under the table with his own vodka. I was a professional. I was good.”

When asked how he simply stopped drinking, the Allied star said, “Don’t want to live that way anymore.”

While he sticks to cranberry juice and “fizzy water” nowadays, Pitt admitted that he tends to take things too far.

Because it was “too sad” to be at the Hollywood Hills home where his six children spent much of their time, the actor said he crashed on a friend’s floor in Santa Monica following his split with Jolie.

Despite his attempt to stay out of the spotlight in recent months, he fears for his kids after the details of his bitter custody battle were splashed across the media.

“I worry about it more for my kids, being subjected to it, and their friends getting ideas from it,” he said. “And of course it’s not done with any kind of delicacy or insight—it’s done to sell. And so you know the most sensational sells, and that’s what they’ll be subjected to, and that pains me.”