Iwobi, Moses to come late to Eagles training for Afcon2019 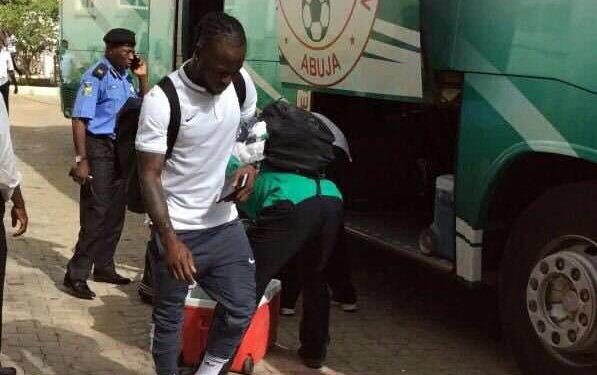 Super Eagles’ duo of Alex Iwobi (Arsenal) and Chelsea’s Victor Moses are set to report late to the Nigerian team camp in France for the 2019 AFCON qualifier with South Africa.

The camp opens on May the 27th same day both stars will be involved in the English FA Cup final with their clubs.

Toyin Ibitoye reveals “both players have gotten a permission of the team coach, Gernot Rohr to report to camp late because of their clubs engagements”.

He says the Eagles’ technical crew want the players to camp for few days before the AFCON qualifier with Bafana Bafana on June the 9th in Uyo, Akwa Ibom, Nigeria.

Omotola Jalade-Ekeinde on the cover of DT ...