Nollywood actress Bukky Wright is looking stunning on the cover of House of Maliq Magazine March edition. Bukky was born on the 31 March 1967 to a Christian father and Muslim mother in Abeokuta. She attended the University of Lagos, earning a bachelors degee in Economics. She made her acting debut in 1996. 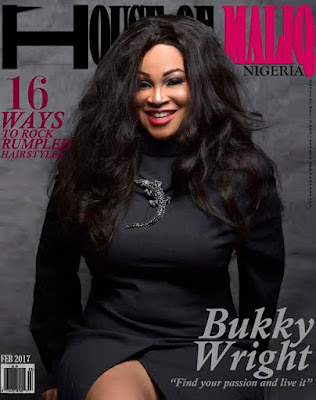 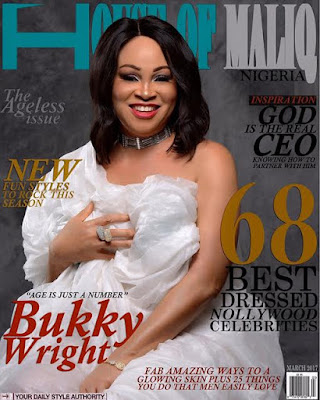 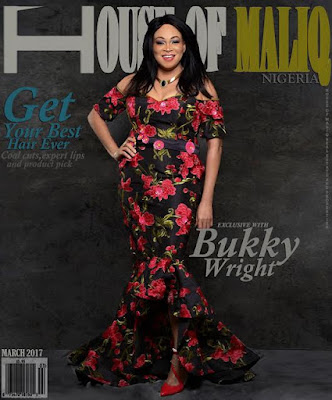 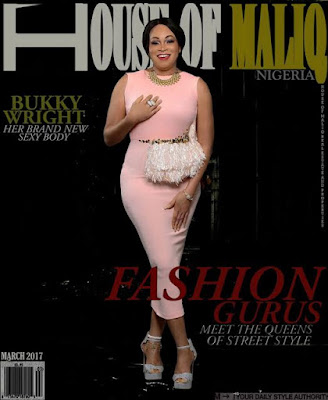 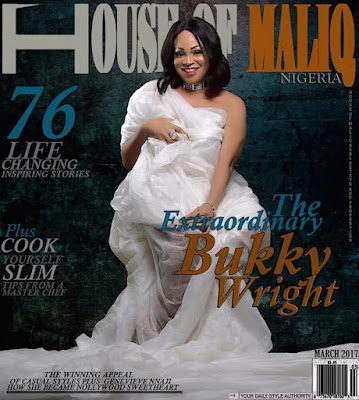