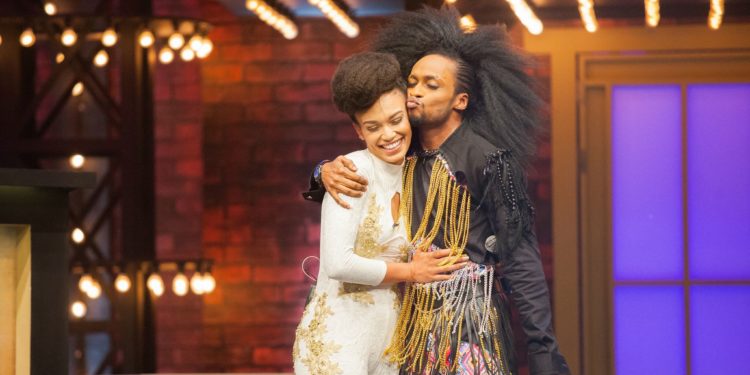 MTV Base (DStv channel 322) has revealed that the ultimate lip synching showdown is back – yes, Lip Sync Battle Africa, the pop culture phenomenon that’s swept the continent, returns to our TV screens from 22 April 2017.

At the helm for the second season is uber-babe, actress, presenter and model Pearl Thusi while flamboyant Nigerian man-about-town, TV presenter and fashion icon Denrele takes over the role of “colour commentator”, adding his lively observations to the proceedings.

No stranger to the music business, Denrele has interviewed the likes of Akon, Beyoncé , Tyler Perry, Lil’ Kim, Snoop Dogg, and many more. Famous in Nigeria for his OTT calculated madness and edgy eccentricity, Denrele was himself a contestant on Lip Sync Battle Africa in Season 1, where he battled against fellow TV personality Ebuka, losing out narrowly, despite storming performances of “Johnny” by Yemi Alade and Jamiroquai’s 90s hit, “Virtual Insanity”. 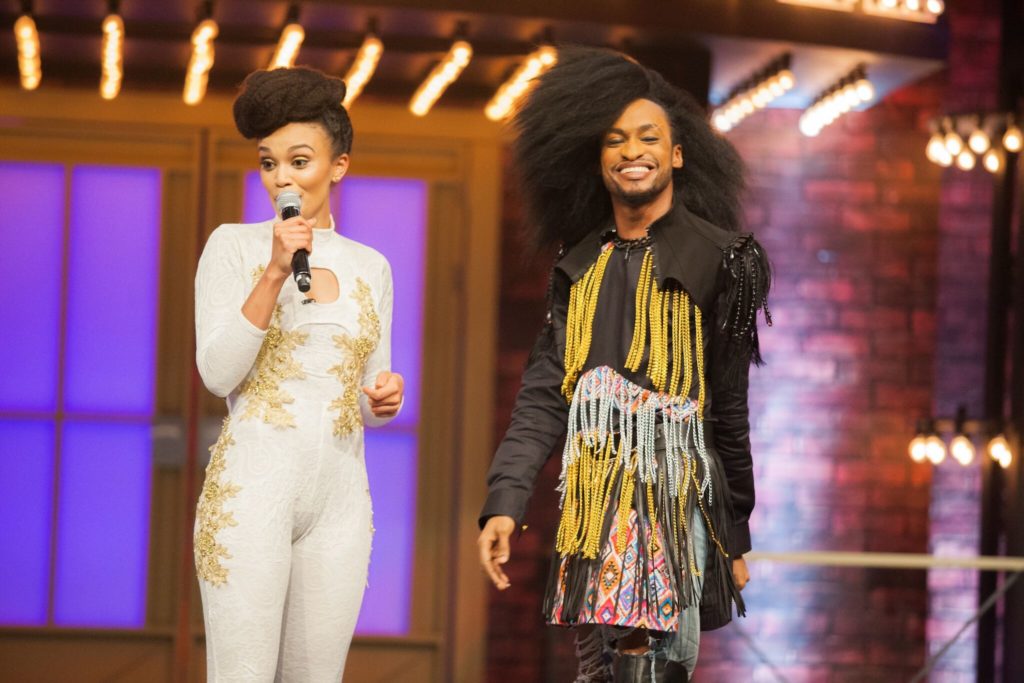 Flipping his trademark tangled locks, an excited Denrele commented, “Co-hosting Lip Sync Battle Africa is truly the answer to a prayer I never made! The universe truly opened a door, and I’m gonna make sure I jump right inside and DO IT!  It’s quite surreal – I was a contestant in Series 1 who flew in last minute and “spiritually” won his LSB challenge, and now I’ve been elevated to co-host!  Try not to watch me, I dare you!!!!

Commented Monde Twala, Vice President, BET, Youth & Music, Viacom International Media Networks (VIMN) Africa, “Pearl and Denrele are going to make an awesome team. Pearl’s star quality is unmistakeable and she is a consummate professional, while Denrele’s a true original – bold, exciting and just on the right side of crazy! His extraordinary energy and total unpredictability should be a fascinating and explosive addition to season 2 of Lip Sync Battle Africa.”

Lip Sync Battle Africa season 2 will see well-known personalities and entertainers from across the continent strutting their stuff as they “lip sync” or mime to well-known songs in a bid to win the famous LSB winner’s belt, armed with dancers, wigs, costumes, props and tons of swag!