Arsenal Legend Praises Iwobi – He Was Excellent In The Middle 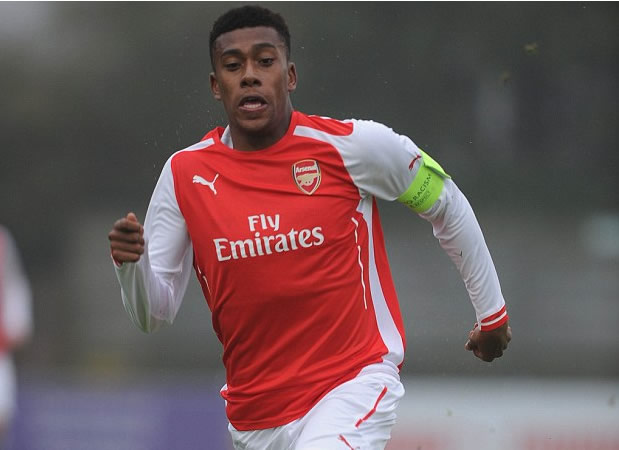 Martin Keown has hailed Alex Iwobi for his efforts in the central attacking-midfield position in Arsenal‘s win over Crystal Palace and wonders if Arsene Wenger has stumbled upon his best team.

While Iwobi’s name on the team-sheet wasn’t a surprise on Sunday ahead of the Premier League encounter at the Emirates Stadium the role the 20-year-old took up – just behind Olivier Giroud – did come as a slight shock.
However the Nigerian international put on a terrific showing in this unconventional position and scored the Gunners’ second goal in the comfortable victory against Sam Allardyce’s team.

Iwobi’s performance earned praise from Arsenal supporters as well as club legend Keown, who believes the youngster was excellent in the centre.
The retired centre-back also feels that the entire dynamic of the team was brilliant and wonders that – although without Mesut Ozil and Santi Cazorla – Wenger might have found his best available team.
Keown said on BBC Sport: “Is this turning into Arsenal’s best team? There’s a really good balance in the team, sometimes the best players don’t make the best team.
“Iwobi has played excellently in that central role, and Xhaka and Elneny have an excellent balance in the middle of midfield.”

Saraki Launch Contest on Made In Nigeria ...