Will DavidO and Wizkid Record A Song Together? 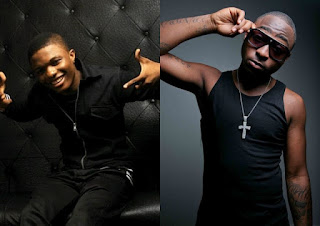 It looks like the ‘beef’ between Wizkid & Davido is over. They have ‘announced’ on twitter that they are currently working on a song. Will the song be the best Collabo for 2012?

The two were rumored to have some misunderstanding sometimes back. Davido tweeted that he was trying to make a song with Wizkid.

We look forward to the collabo..
http://feeds.feedburner.com/OloriSupergal