MI and Naeto C in First Ever Performance of ‘Bartender’ 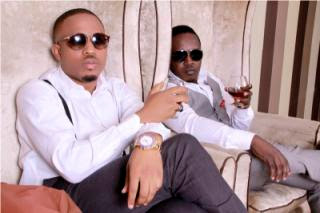 Nigeria’s favourite rappers, M.I and Naeto C will make their very first Hennessy Artistry club appearance at Deuces Nightclub this Friday September 28!This will be the first time both rappers will perform the Hennessy Artistry theme song to an exclusive audience since the release of the track and video in August.

The invite only event promises to be a classic experience for music fans and lovers of the Hennessy brand. The event will also see Hennessy Artistry supporting acts; DammyKrane and Burna Boy perform alongside M.I and Naeto C.

“Me and my brother, Naeto C are set to give our fans and Hennessy lovers a really good time at Deuces” M.I says. Naeto C says,

“We are ready to deliver a world class Hennessy party this Friday so come out and get ready to be blown away!”M.I and Naeto C were announced as headliners for the annual music initiative, Hennessy Artistry on July 20, 2012. Both rappers then went ahead to release the historic Hennessy Artistry collaboration track, “Bartender”. The video for the hit track directed by Clarence Peters has gone on to dominate playlists on TV
platforms in Nigeria and beyond.

M.I and Naeto C will get together this Friday, September 28, 2012 for their first-ever public performance of “Bartender” scheduled for Club Deuces in Victoria Island. The all night event promises Hennessy fans a memorable experience.

Hennessy Artistry is supported by The Beat 99.9FM, Trace Urban Channel 325, BellaNaija.com and Notjustok.com and Spinlet.Since Hennessy Artistry was first unveiled in Nigeria in 2007, Hennessy Cognac has maintained its position as Nigeria’s and the world’s leading cognac brand.Hennessy Artistry has since evolved from a cocktail-mixing contest between renowned bartenders to a DJ battle, and is now an important platform for experimental collaborations between multi-talented artistes. Previous participating entertainers include Ice Prince, Nneka, Sir Shina Peters, Banky W, Eldee, Tiwa Savage, Jesse Jagz, Bez, Mo’Cheddah among others.

Japheth Omojuwa, 24 other customers blacklisted by ...