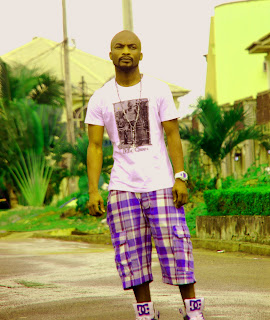 Olusegun Osaniyi a.k.a Lord of Ajasa is a native of Akure, Ondo State. He was crowned the Lord of Flavor (Ajasa is Yoruba term for flavor) in his polytechnic days in Ondo state, where he majored in Quantity Survey. A potent lyricist etched in deep Yoruba lingua, Lord of Ajasa made it trendy and hip to Rap in Yoruba dialect, inspiring a crop of up starts to follow in his foot steps. Ajasa emerged into the lime light with the track titled “Ma yi lo” in 2000.
The monstrous hit ‘Le fenu so‘ artiste released two other singles this year titled ‘Omo Akin‘ and ‘Gba fun’. ‘Anywhere I Dey Go‘ would be his third single, produced by ID Cabasa. Video is in the works..