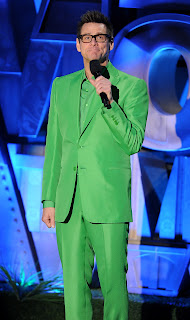 This year’s show took the funny to a whole new level as Jim Carrey – the star who has won the most “Movie Awards” ever – introduced the Foo Fighters while wearing a business suit made of green screen that projected images of landscapes, cities, explosions… and even a couple of humping dogs. The Foo Fighters brought down the house as they took the stage for an electric performance of “Walk,” the second single off their chart-topping album Wasting Light. Switching gears from rock royalty to rap and R&B’s rising stars, critically-acclaimed hip-hop superstar Lupe Fiasco was joined by R&B sensation Trey Songz for their first-ever televised performance of the single “Out of My Head,” off Lupe’s #1 album LASERS, into Lupe’s performance of his platinum-hit song “The Show Goes On.” 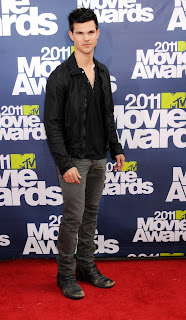 PICTURES AT ‘A NIGHT WITH MAY CELEBRANTS ...