After publicly rendering his apology to the victim of his recent physical assault in Abuja, Elisha Abbo has generated many reactions, including one from Nigerian actress; Kate Henshaw. Kate Henshaw condemned his apology while mentioning that it was borne out of arrogance. 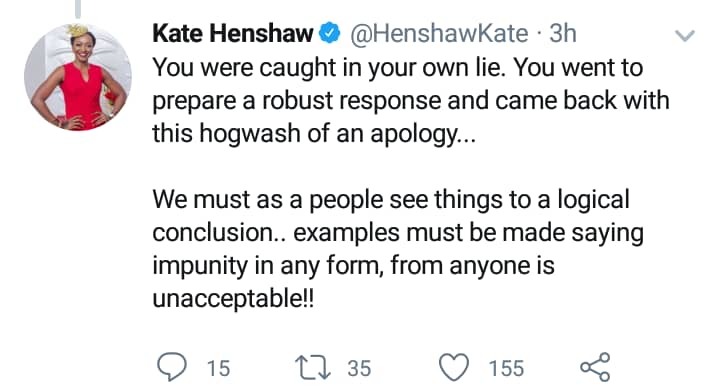 ‘You were caught in your own lie. You went to prepare a robust response and came back with this hogwash of an apology. We must as a people see things to a logical conclusion. examples must be made saying impunity in any form, from anyone is unacceptable’. She gave out a warning saying;

“If this Elisha Cliff Abbo issue is not followed to the end, worse will happen, Mark my words!!! This would not be the same treatment meted out to an ordinary citizen of Nigeria….Equality in every situation is key to building a humane society”