Veteran Nollywood actress, Joke Silva, has shared her opinion and thoughts on the prevalent increase in celebrity divorces in recent times and gave insight as to why that is so.

WHAT YOU MISSED –  MERCY AIGBE BREAKS SILENCE ON DOMESTIC VIOLENCE 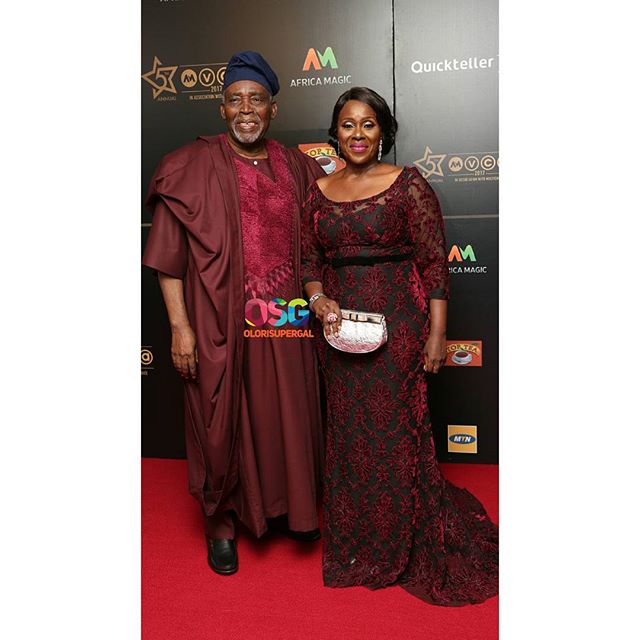 According to her, celebrities seem to be more hit by divorce only because they are in the public eye therefore whatever happens to them is made public. She also said:
“It is because the younger generation are very popular because of social media, and so, whatever happens to them becomes news; forgetting that there are as many divorces, there as many separations in other professions such as medical, financial, legal among others. Name any profession; there are so many separations in those as well,” she told New Telegraph in an exclusive interview.

The mother-of-two fingered social media as the major challenge facing celebrity marriages and advised celebrities to learn how to manage what they put out for others to see, that way they can still keep the important parts of their lives private and secure.

“There are a lot of challenges that are being faced by artistes of this particular generation; and one of those challenges is the social media, which almost doesn’t allow you your life. People of my age, when we were getting all the attention, and we were feeling like we were the best thing, things were different. You need all the attention anyway. For your work to sell, you need that popularity. It goes with the job, so you need that popularity. But after a while, you also get to learn that it can be a double edge sword. So, it is about managing it, appreciating the audience for appreciating your work, but also giving yourself that limit to what aspect of you they can experience.

“In this age of reality shows where nothing seems to be off limit, the new skill that the entertainer has to learn is how much do you give your audience? More so, because you don’t want to be false; like used to happen in the early years of Hollywood where they would create this incredible image, and then it was almost impossible for the performer to live under that image; and a lot of them used to use all kinds of medications just to fit a particular image that was being built around them. Now, we are in the age of social media, so it is learning how to cope with social media, to do the work that social media does, which is to get your work out there, to get your face out there. But then limit that too so that you do have a life; so that you can have some modicum of emotional privacy. Those are the challenges that I know that the younger generation face.”