SMO Contemporary Art is delighted to present White Ebony, an exhibition of twenty thought-provoking photographs by social activist photographer Yetunde Ayeni-Babaeko , which captures the complexity of life that Persons with Albinism (PWAs) face daily. White Ebony is being showcased by Temple Muse for the next two months to support the recognition and protection of persons with albinism in commemoration of the International Albinism Awareness Day, which comes up on June 13th every year.

White Ebony challenges preconceived notions on albinism with powerful images which reflect a Renaissance beauty through sensitive lighting, composition, and layered stylistic interpretations.  White Ebony takes the viewer on an emotional journey that is filled with nuance as well as controversial in its stark positioning and challenging suggestions. Each work reflects both internal struggles while working through layers of identity and self-actualization, and points to the urgent need to stop the stigmatisation of persons with albinism.

According to the United Nations, “people with albinism face multiple forms of discrimination worldwide. Albinism is still profoundly misunderstood, socially and medically. The physical appearance of persons with albinism is often the object of erroneous beliefs and myths influenced by superstition, which foster their marginalization and social exclusion.” 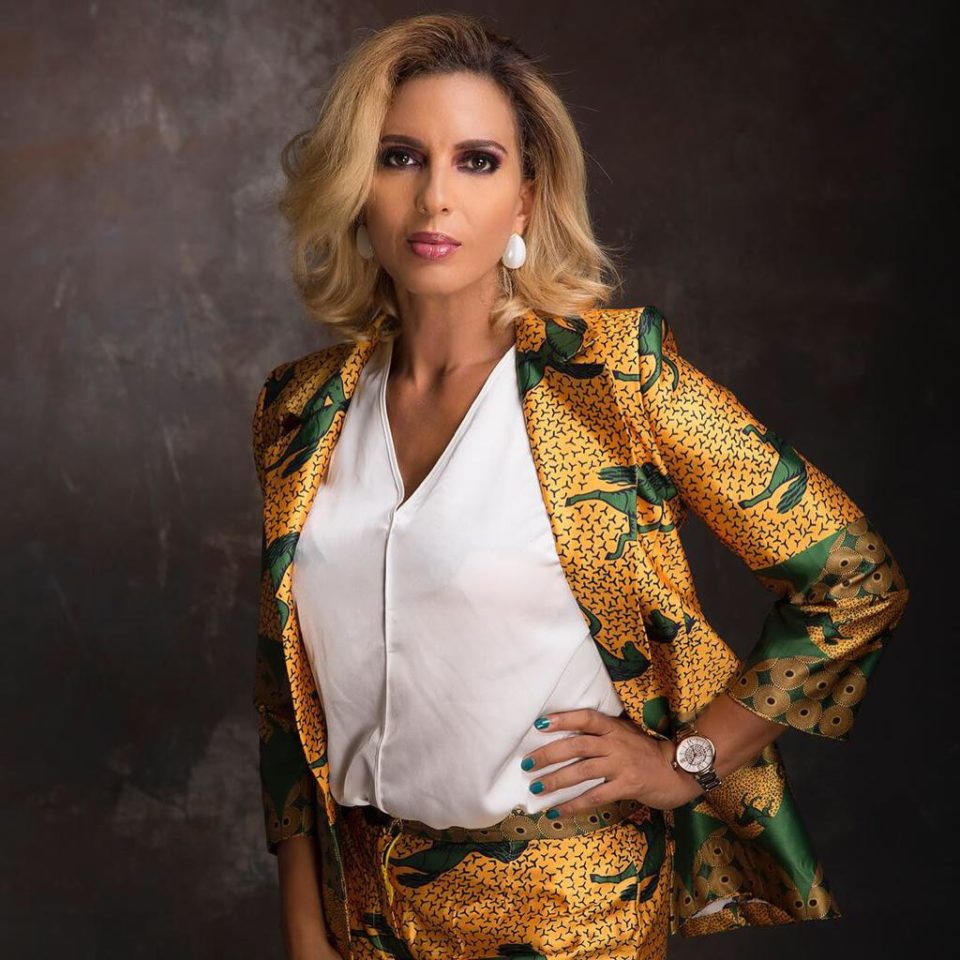 Ayeni-Babeko, worked closely with members of The Albino Foundation in Lagos, and after in-depth interviews and insightful group discussions, began interpreting their reality through photographs which explore both the alienation and struggles experienced by persons with albinism, as well as celebrates their lives and achievements.

“As in her previous exhibitions, which have tackled issues such as the challenges survivors of breast cancer face, or photographing dancers performing within slums to highlight the needs of populations living in shantytowns,  Ayeni-Babaeko’s amazing artistry is heightened by her commitment to social change and supporting marginalized communities,” said Sandra Mbanefo Obiago, the exhibition curator and expert in development communications, who has worked on three previous shows with the photographer.

“It’s easy to create a striking image of a person with albinism because of how unique they are. But these models were not just put in front of my camera for me to photograph them. I was able to really connect with them through long conversations about their daily struggles, sharing with me what their life is like and all this knowledge translated into this new body of work,” explained Yetunde Ayeni Babaeko while presenting White Ebony. “My work is not there to make you feel good, its purpose is to trigger you to think and expand your knowledge.”

“Working with a sensitive photographer like Yetunde has been a great creative approach to raising awareness about the challenges people with albinism face every day,” commented Jake Epelle, the Founder and President of the Albino Foundation. “Much more needs to be done to advocate for the recognition and respect of the rights and socio-economic inclusion of people living with albinism. The Foundation works with governments and development institutions to improve the health and social wellbeing of PWAs in Nigeria.”

“Hogan Lovells is committed to supporting important social causes such as raising global awareness of albinism, as well as celebrating the arts as a way of strengthening society,” commented Andrew Skipper, Partner and Head of Africa Practice of the international law firm, Hogan Lovells, which sponsored the exhibition.

“Yetunde’s work is a powerful example of art for social change and we are delighted to showcase her work,” said Avinash Wadhwani, CEO of Temple Muse, the design luxury concept store.

White Ebony runs from May 25th until July 19th, and a portion of the income from sales will go towards supporting people with albinism.

Yetunde Ayeni-Babaeko was born in Enugu, eastern Nigeria in 1978 to a Nigerian father and a German mother. She graduated in photography from Macromedia, a school for art and design in Osnabrueck, Germany. After working for a number of companies in Germany and Nigeria in advertising photography, she opened her own company, Camara Studios in 2007. Besides her fashion and documentary photography, Ayeni-Babaeko has facilitated numerous workshops in partnership with the Goethe Institute, mentoring young female photographers.

Ayeni-Babaeko has published work in Germany, has had three solo exhibitions and taken part in numerous group shows in Nigeria including The Collectors Series, Eko Moves and Wanderlust curated by SMO Contemporary Art.

3 Cheats That Will Save Your Salary