The contract which was signed in October 2016, about 15-months ago has been terminated.

Tinny’s entertainment is Ycee’s record label and the label has released an official statement, putting an end to the license and distribution deal signed between Sony Music Africa and Ycee, which was supposed to help push the artiste’s music globally. 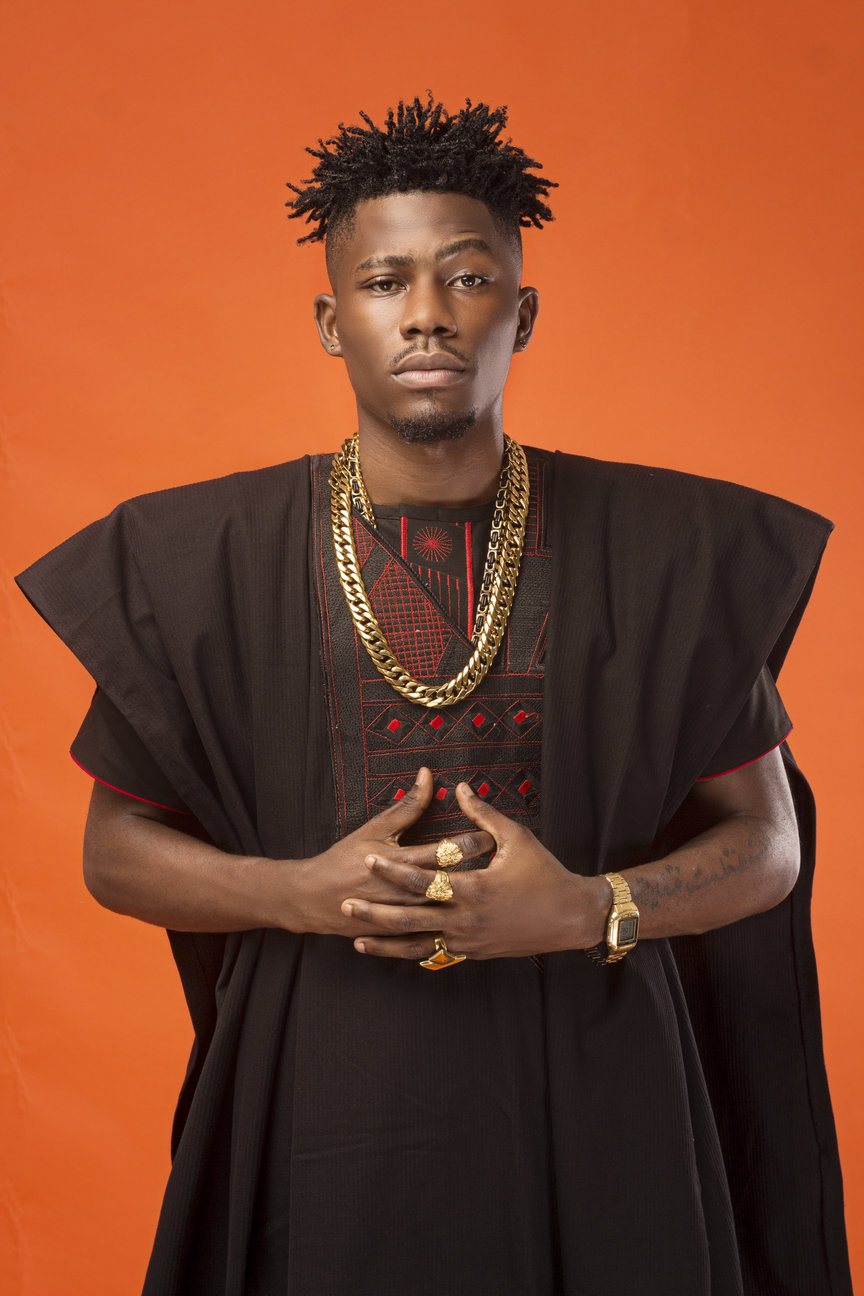 The termination comes a few months after Ycee himself took to Twitter to call out Michael Ugwu, the official of Sony Music Africa handling the deal.

In Ycee’s tweets, he accused the international brand of milking him and other African artistes.

Tinny Entertainment dropped an official statement on their website on 3rd of February, stating that they have terminated the deal on the grounds that the Sony deal is not beneficial to them as promised.

Here is the statement ;

“We would like to state officially that we terminated our contract with SONY through our lawyers, Olaniwun Ajayi LP, by a letter dated 5 December 2017.

Henceforth, we are the sole owners of the copyright in any and all of our music and can exploit our music on any and every platform.

We have realized that it is best to undertake the distribution of our records by ourselves, as a Record Label and that Made in Nigeria across board, is the only way to be above board.”

As a Label, we are pushing out great music this year starting with “Say Bye Bye,” “I Wish” and our YCEE and Bella Collabo EP, “Late Night Vibrations.” We thank you for the love! 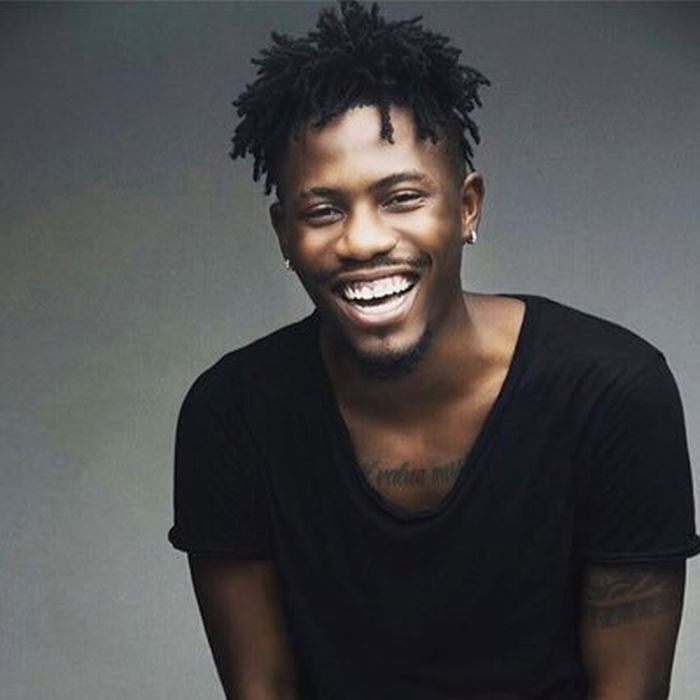 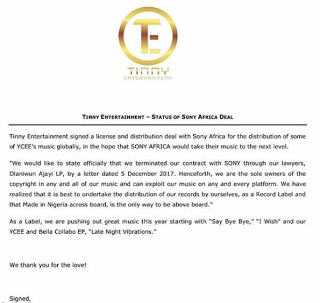