The Supreme leader of the Democratic People’s Republic of Korea Kim Jong Un has responded to US President Donald Trump‘s speech in which he talked about destroying North Korea.

Donald Trump had strengthened his threats against North Korea over its nuclear challenge on Tuesday. Trump has threatened to “totally destroy’’ the country of 26 million people and mocking its leader, Kim Jong Un, as a “rocket man.’’

According Kim Jong Un, President Trump insulted him and his country in front of the eyes of the world and he will face results beyond his expectation.

Read the full statement below; 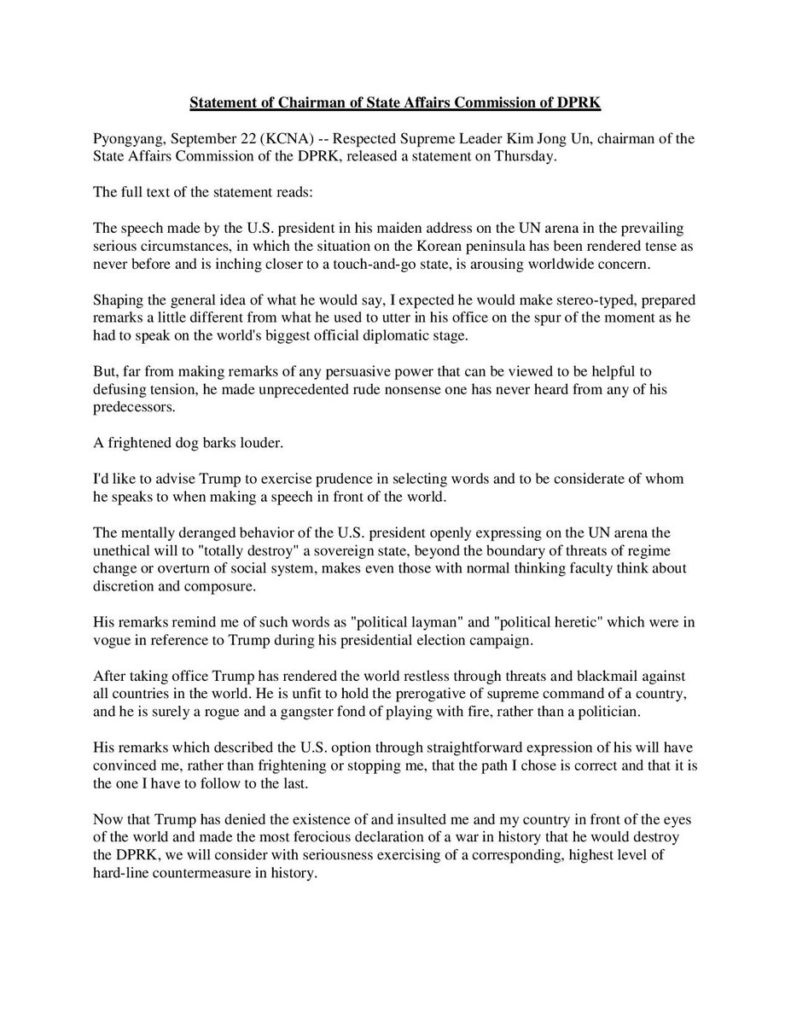 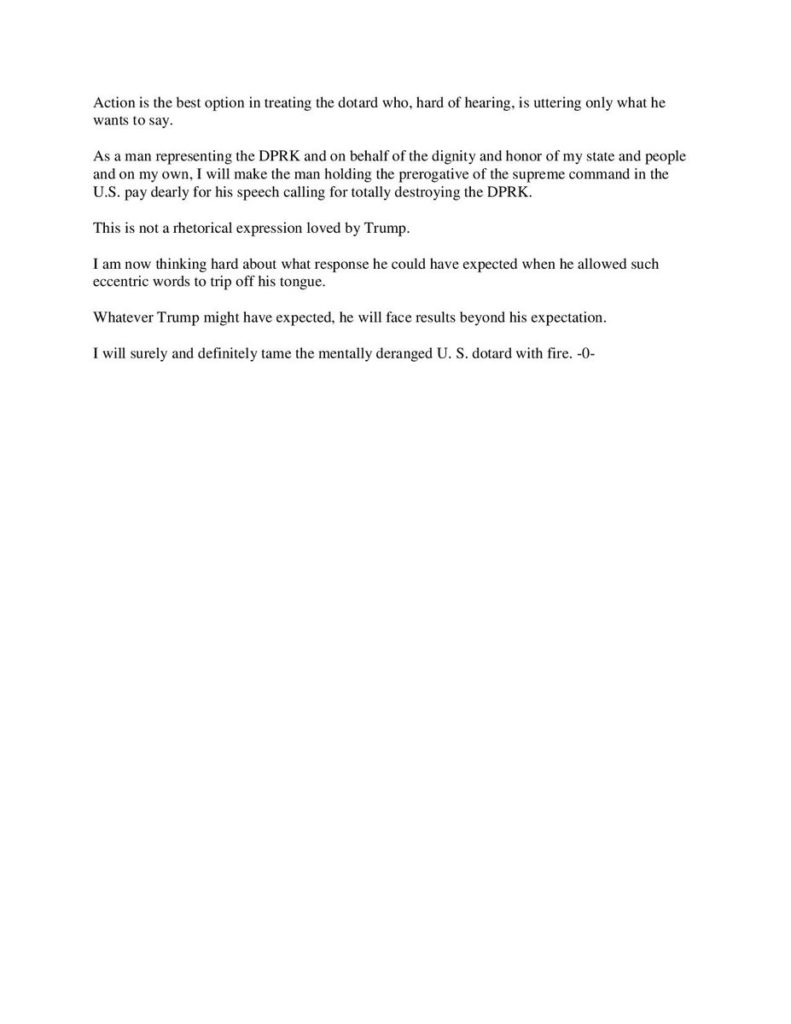