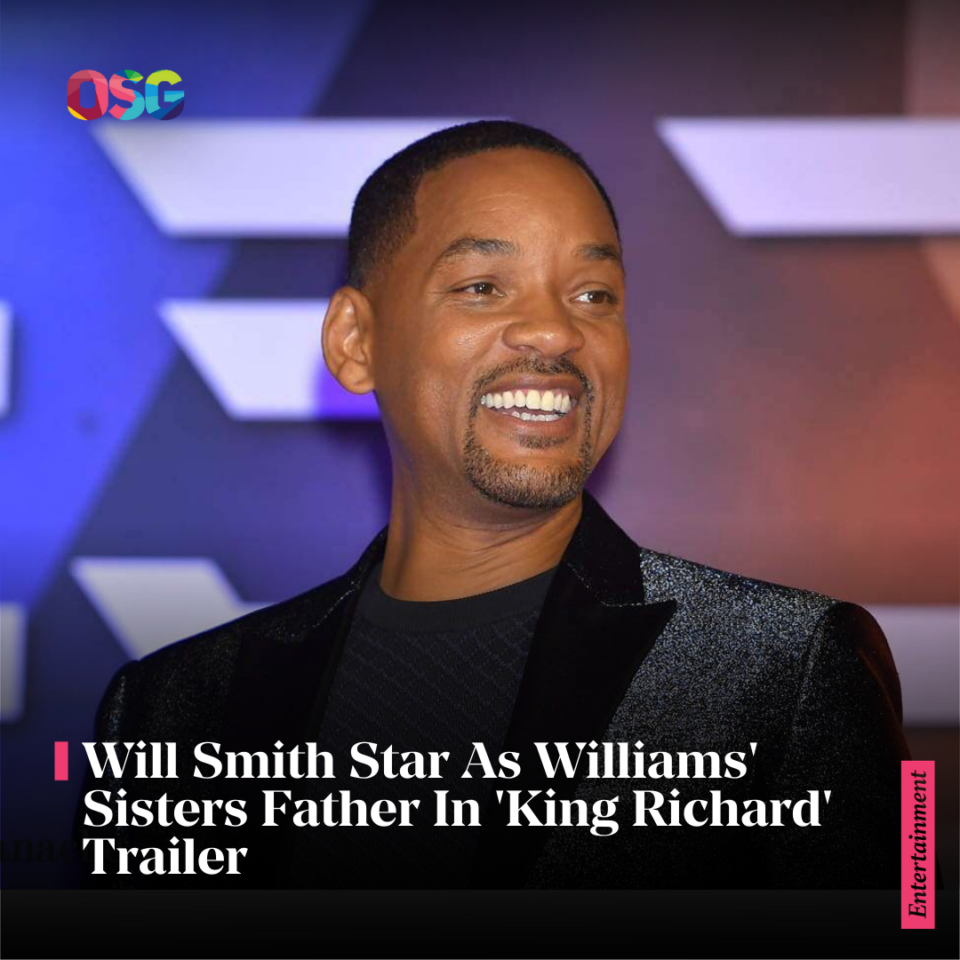 American actor, Will Smith, returns to the big screen, this time, as the father to tennis legends Venus and Serena Williams.

In the film, directed by Reinaldo Marcus Green, Smith plays Richard Williams, the ultra-ambitious and inspirational father to his young girls, played by  Saniyya Sidney and Demi Singleton.

According to Warner Bros’ official synopsis, the actor’s character, follows the journey of Richard Williams, “an undeterred father” with a “relentless drive and unapologetic vision to change the game” who is “instrumental in raising two of the most extraordinarily gifted athletes of all time, who will end up changing the sport of tennis forever.

“One of the greatest honors as an actor is to be able to celebrate someone’s legacy while they’re still here creating it. I’ve gotten to do it a few times in my career playing @ceoofhappyness and @muhammadali, and every time it’s a fulfilling and expansive experience beyond compare

“So now, I’m proud to show you all our first trailer for #KingRichard, the story of the man who introduced the world to @venuswilliams and @serenawilliams. The origin story for some REAL DEAL superheroes!! Thank You Venus, Serena, Isha, Lyndrea, Yetunde, Oracene and Richard for letting us share your story with the World!”

King Richard’ will premiere in American cinemas on 19th November, with an HBO Max release scheduled for December 20, 2021.