Will Ghana Make It Without Asamoah Gyan?

Yesterday 25th of January 2017, Ghana played Egypt in the qualifications round to emerge to the quarter final round and Egypt came in top as group leaders after defeating Ghana 1-0.

Mohammed Sallah lashed in a free kick to give Egypt the upper hand. Asamoah Gyan got a kick to the groin and was substituted, but the question that seem to be on everyone’s lip is what will become of Ghana if Asamoah Gyan doesn’t recover in time? will they make it? well time will tell. 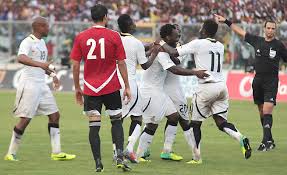