Fresh from a sell-out debut at TIFF, romcom gets encouraging feedback from media guests and industry stakeholders.

On Thursday, October 5th, stakeholders and members of the press showed up for a screening of the charming new romantic comedy, The Royal Hibiscus Hotel. The event was well-attended, with executive producer Mo Abudu of EbonyLife Films, cast members Kenneth Okolie, Rachel Oniga, Deyemi Okanlawon and Lala Akindoju, and director Ishaya Bako. The special guest of honor was Dr. Doyin Abiola, the first female editor of a Nigerian daily newspaper.

Audience reactions ranged from, “The movie was perfect – it should be watched by hopeless romantics” and “I really liked it” to “Rachel Oniga’s character was my favourite.” Other comments about the technical aspects of the production were complimentary about the camera angles and how great Lagos looks in the film. 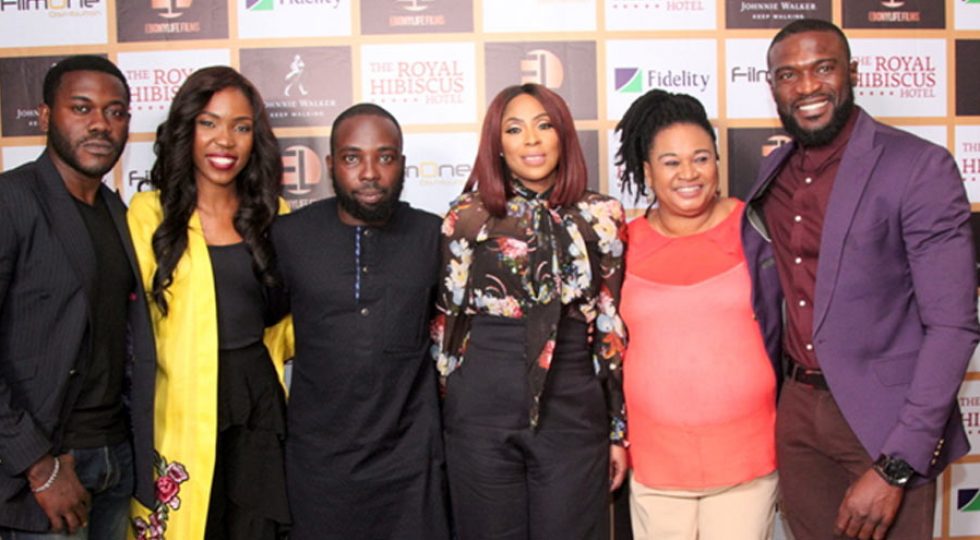 The event began with a brief speech by Mo Abudu, who expressed her gratitude and reiterated the need to keep telling positive African stories. She reminded attendees that Royal Hibiscus was the only Nigerian feature selected for the Toronto International Film Festival (TIFF) and was highlighted as a ‘Hidden Gem’ of the festival.

It wrapped up with a Q&A session, interspersed with generous rounds of applause for the commendable efforts of the cast and crew.