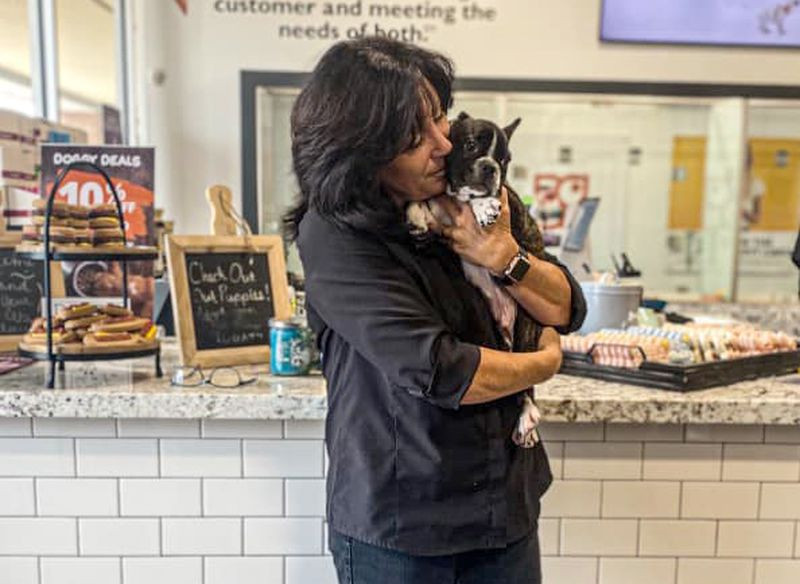 Two women were arrested by the police after allegedly stealing a French bulldog puppy worth $10,000 from a Texas pet store.

The incident occurred around 12:25 p.m, on Monday, 5th July, at Petland Woodlands in Shenandoah, about 30 miles north of Houston; according to ABC News.

Petland Woodlands manager, Andrew Jones, told the police that the dognappers, came into the store and asked to see the puppy. As soon as the dog, Mario, was brought out, the women grabbed the pup, fled the store, and sped off in a silver Chevy HHR car with no license plates.

However, they were arrested shortly after they stopped over to put back their license plates. The Little dog known as Mario was returned to the store unharmed. Both women have now been charged to court.

Jones, noted that French bulldogs are highly sought after, and as a result, it is what people are attempting to steal.

In February, robbers shot a dog walker working for Lady Gaga and took two of the singer’s French bulldogs in Los Angeles.