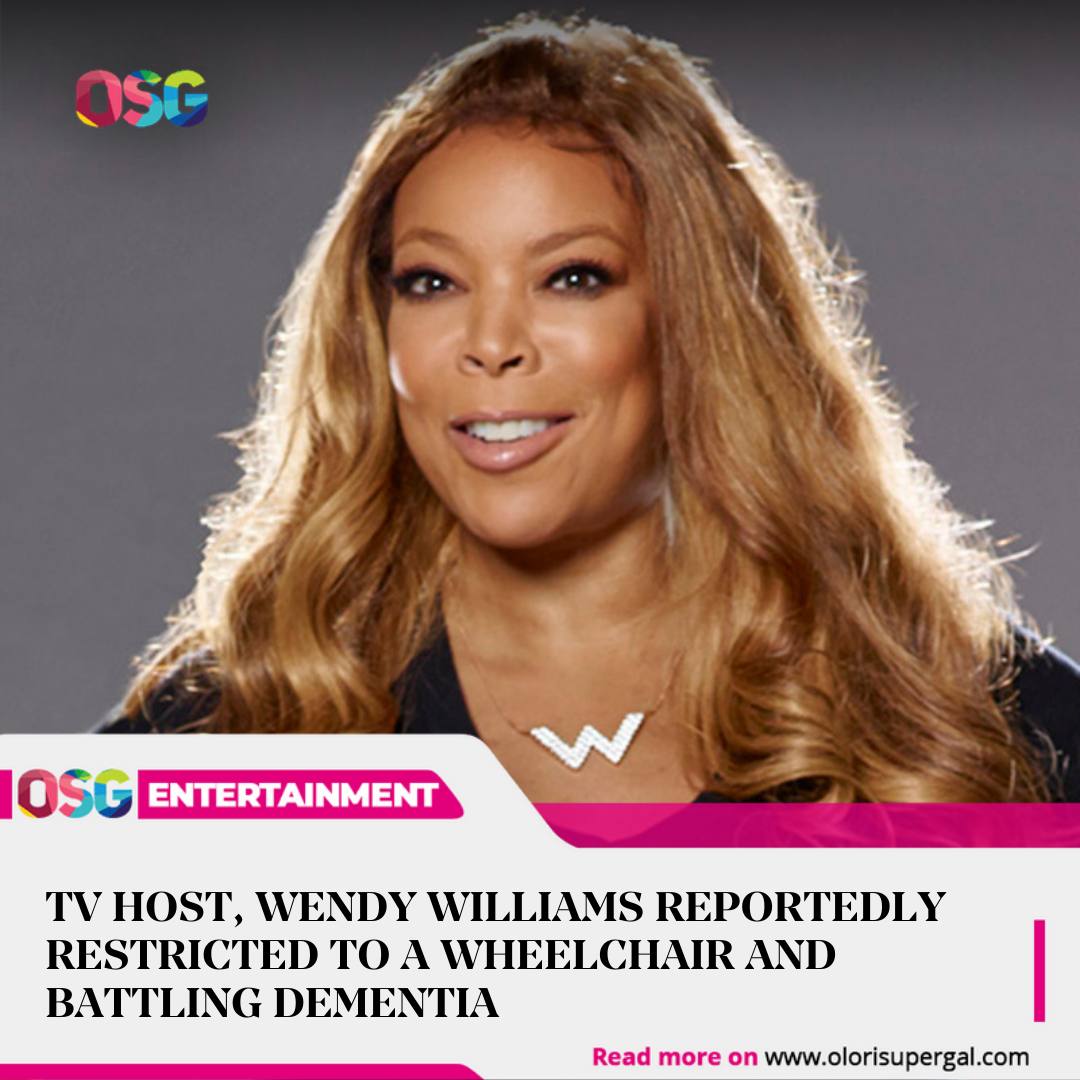 The businesswoman, and writer who had to cancel engagements multiple times this year due to ill health, is restricted to using a wheelchair now as her capability to walk has become diminished, according to The Ricky Smiley Morning Show’s Toine The Don, also known as Antoine Edwards.

On 22nd November, Toine gave the shocking update on Wendy’s health “It is being reported that the 57-year-old talk show host has completely lost all blood circulation in her legs and in her feet”.

According to Toine, the talk show host is also allegedly suffering from early stages of dementia. In a post on his Instagram page, he said,

“The entertainment group Lionsgate reportedly has Wendy stored away under lock and key to prevent another booze and vodka-filled depression”.

However, Wendy’s brother, Tommy, debunked the report of his sister being diagnosed with early stages of dementia.

He told The Sun, “We haven’t had any alerts like that, and I haven’t seen anything like that or have had conversations with her that would lead me to believe that.”

“We routinely go up and check on Wendy even though we’re all down here in Florida… I try to make it up there and my dad speaks with Wendy frequently. So no, we don’t have any concerns concerning her mental state. It’s all physical.”

He added that “I am trying to find out if she’s coming down for Thanksgiving. I mean, she’s normal like that”.