The Transformative Story of a Little Lagos based PR Agency

On 7 November 2006, a wiry man with a random Microbiology degree, scant financial security but a surfeit of dreams decided to merge his strengths as an entertainment journalist with his wide network of contacts –to deliver PR services for the same artistes and creatives he had reported about, and socialized with. At the time, professional reputational management services were not a priority in the public sphere, and practically unheard of in Nigeria– quite like his working address in Akute, a suburb in Ogun State.

His office was no such thing; it was simply a little corner, in a little room where a rigged-up computer, tons of newspaper clippings and promo leaflets regularly sat atop a table. But in a few years, the business outgrew that little corner, forcing the move into a full room in Ikeja, from where corporate clients joined the mix. 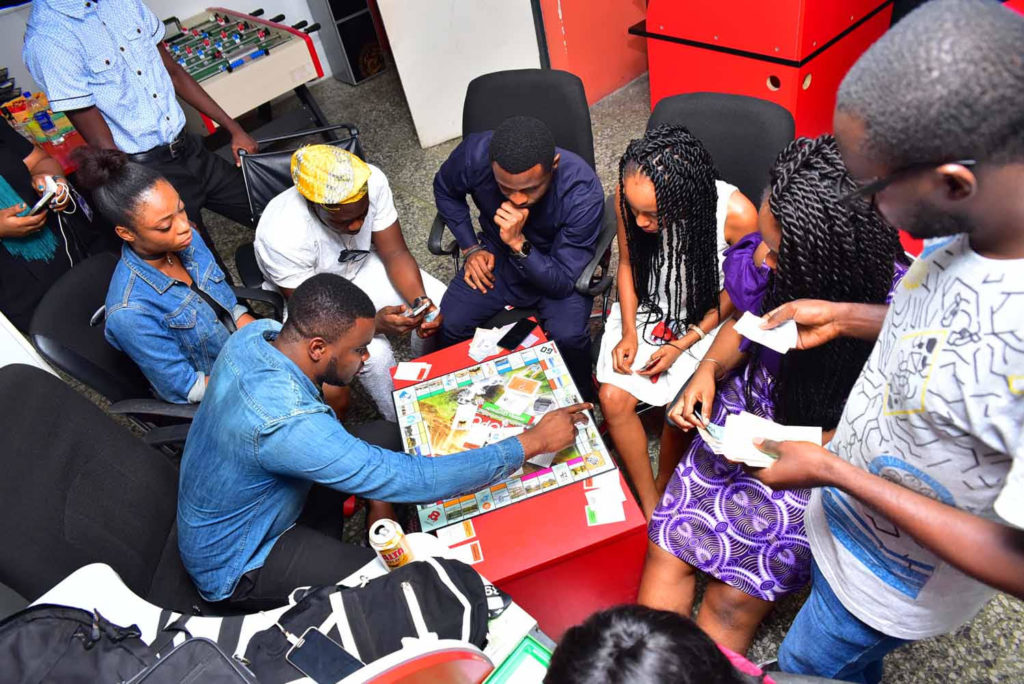 A decade on, while the journalist remained slender, his company attained robustness, moving from 2 employees to over 30. Revenue rose exponentially in tandem with clientele, meaning a move into its own property and achieving six-figure revenues in a little over 5 years though unprecedented, was inevitable.

Today, that little corner in Akute is now the BHM Group, a chain of businesses that manages strategic communications programs for companies and prominent brands with interests in entertainment, consumer goods, lifestyle and fashion, financial services, media, marketing, telecommunications, and technology.

The man behind it all is Ayeni Adekunle Samuel.

Ayeni grew up in Okokomaiko, Lagos and early on began pitching scripts and auditioning for movie roles, trying to get a foot in the door into Nollywood, and become an actor.

By 1995, he had failed at acting, and was managing artistes in his neighbourhood – working as a promoter organising award events and shows, while writing on iconic music journal HipHop World Magazine and later on ENCOMIUM, the “social bible” of the day.

Though the shows were all run at a loss, Ayeni says the experience was invaluable: he was ensconced in the entertainment scene, particularly the music industry. This unique mélange of being both a shaper and reporter of entertainment motivated his decision to become a publicist to the stars.

But getting All You’ll Ever Need In Entertainment (A.Y.E.N.I) up and running was an uphill task.

“I more or less had no training in public relations or business management, no money, no important contacts. The only serious journalism training I could lay claim to would be from my colleagues at Hip Hop World, and ENCOMIUM. It was here, while still a young reporter at Encomium, that I founded A.Y.E.N.I Entertainment, with my wife. I struggled to raise the N15, 000 required for business name registrations at the Corporate Affairs Commission, eventually paying in several installments,” Ayeni says.

When things began to pick up, they did so at a very slow rate: “working from my living room, artistes and record labels were my clients.  The industry was such that these entertainment professionals were hardly paid, and more daunting – in those days, most people saw no need for publicists. At the best of times, we earned annual revenues of below N500, 000.”

All that changed in 2009, when two global brands came calling, seeking to work with what was now Black House Media (BHM).

“We had established a firm base with Nigeria’s entertainers and their fans, so these companies, which I will not name, decided to utilise our networks and expertise. It not only announced us as an organisation able to merge the Arts and Business sectors to effect innovative PR campaigns, but it also brought big business to the table,” Ayeni recalls.

The fact is that table has since become a buffet.

From 2011, BHM began to achieve higher profitability and the following year, surpassed its financial targets to hit $1mn in earnings.

With extensive domination in media, entertainment, marketing and digital consultancy at regional and continental levels, Black House Media is now a group of businesses that has weathered shifting consumer bases in its operating environments to great advantage.

Its success has however come with curveballs that the Group seems to have consistently changed into learning curves.

For instance, 2015 was the same year BHM Group launched pan-African digital agency IDAfrica, and also took the decision to shut down weekly printing of its entertainment newspaper, focusing instead on its viral website NET. Months later, in April 2016, this strategic move was validated on an international scale, when NET was announced as the only news website in Nigeria selected by Facebook to debut updates to its social plugins.  Prior to that, in 2014, the company launched the first and only mobile application serving Nigeria’s PR market, which is now a resource center for the media and marketing sectors.

Other assets in its stable of products include human-interest site newsroom.ng, music-sharing app orin.ng and lifestyle platform star.ng and ready to launch NET TV.

BHM has since delved into analytical studies, starting with Nigeria’s PR industry by releasing a pioneering 106-page compendium via BHM R&I – the Group’s independent research and intelligence arm. The Nigerian PR Report augmented a detailed overview on the perception and reception of PR in Nigeria with a survey of PR firms across varied indices including: revenue; average PR budget; clients & contracts, as well as age and staff strength of the reviewed firms.

The Group has also merged the creative writing and entertainment sectors via its NET Book Series and NETSHOP, which has featured authorized biographies by 2face Idibia, DJ Jimmy Jatt and Tejubabyface.

Pundits say: “The fact is; you will be hard-pressed to mention a PR campaign in Nigeria, West, South and increasingly in East Africa where BHM does not have a footprint, a stake or is in the drivers’ seat. The Group’s businesses are an addition to their core focus of PR, with the company’s unique winning streak lying in its penchant for employing young people with “native and industry intelligence”

If BHM staff are not fixers and facilitators, then you can bet they are the primary executors of an impressive number of briefs across this continent, which obviously impacts the Group’s billings.”

But Ayeni begs to differ on one aspect of this viewpoint – money.

“The only reason we are deemed profitable is actually because we put people before profit and professionalism before turnover. Moving from a corner in a minuscule flat to become a full service agency working in multiple sectors was because we were, and are driven by passion. BHM is a product of ambition, and support from friends, family, and foundation staff. I’m happy we have been able to build something little from nothing, and look forward to the next decade.”