Play Networks Nigeria in partnership with George Okoro presented a stage adaptation of the great written play, ‘The Lion and the Jewel’ in Abuja.

Written by Wole Soyinka, the Nobel laureate, the play is one of Nigeria’s most celebrated theatre works.

At its reenactment at the Transcorp Hilton Hotel, Toke Makinwa, a media personality, played the lead protagonist Sidi – a pretty damsel whose love is courted by the traditionalist Baroka “the lion” and the arrogant modernist Lakunle. 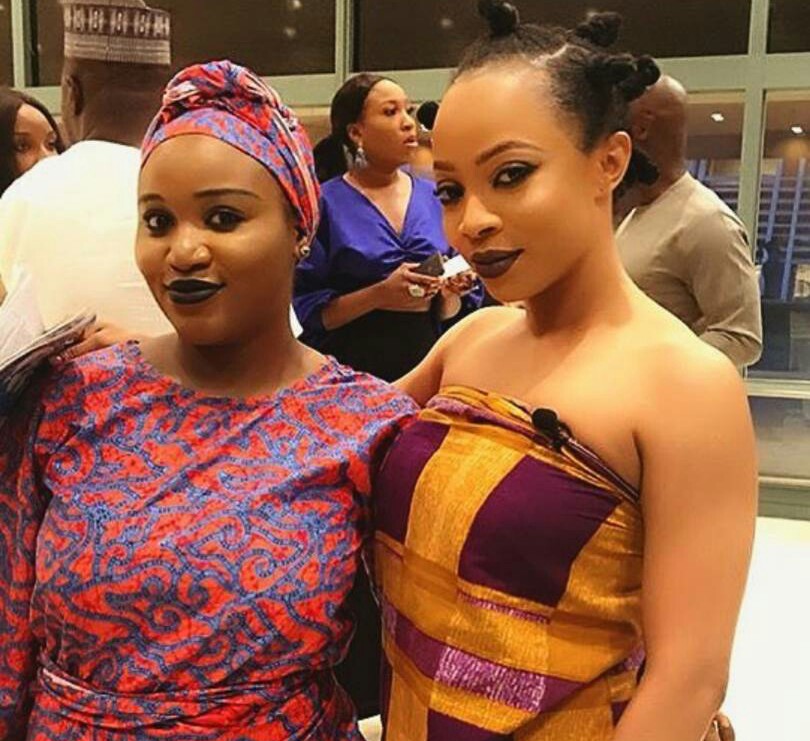 One of the few actresses to cross over from the Hausa filmindustry(Kannywood) to mainstream Nollywood, is Rahma Sadau in the play.

Powered by Play Networks Nigeria (PNN), ‘The Lion and the Jewel’ production was directed by Agozie Ugwu.

It included vintage and contemporary Nigerian songs such as ‘Joromi’ by Victor Uwaifo, ‘African Calypso’ by Lagbaja and ‘Yeba’ by Kiss Daniel).

‘The Lion and the Jewel’ was first performed in 1959 at the Ibadan arts theatre, Oyo state.

An excited Toke Makinwa took to Instagram to say this
“Sidi the village girl ???
So naive, so eager, she thinks she knows it all.
I had a good time getting into character and pushing myself beyond my comfort zone… I remember thinking I’ll never do this again at the start, the rehearsals, the lines, singing etc but I got so into it, I’ll do it again and again and again ? I never freeze.
#Fromtheweekend #TMissssababygirlforlife #TMgoestoStage #thelionandthejewel”

KLINT DA DRUNK IS THE FATHER OF ...

RAPPER CARDI B IS SET TO RELEASE ...