“This is not my team”, Mourinho disregards his own players

The season is yet to fully start, but Manchester United Manager, Jose Mourinho is already in the mood for hostilities (or just plain moaning). First, it was the mind game against Klopp, where the Portuguese insisted that Liverpool must feel they should win the league after the money they’ve spent over the past 12 months.

Now, the hostility is against his own club and young players after United’s humiliating 4-1 defeat to Liverpool in the US. It was not only the scoreline that was bad, but also the performance, and while United can have the excuse of “it was our kids out there,” and rightly so, it is another for the Coach to disregard them openly, making them feel they have no chance of getting into the first team. 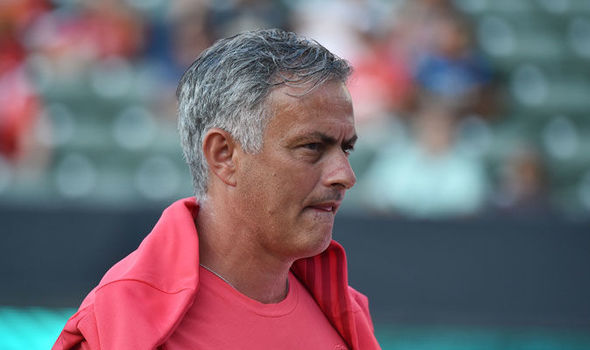 Fuming after the game, the former Real Madrid Manager said:

“This is nothing to do with reinforcements. The reinforcements are [Paul] Pogba, [Marouane] Fellaini, [Victor] Lindelof, [Marcus] Rashford, [Jesse] Lingard, [Nemanja] Matic, [Antonio] Valencia. These are reinforcements. This is not our team … We started the game with almost half of the players who are not even going to belong to our squad on August 9. They will not be here.

“This is not our squad. Reinforcements, you mean players that I would like to buy, that’s another thing, but this is not my squad. This is not even half my squad, or 30% of it. So don’t look to this.

“Today we have four or five players who are dead because they care with the club and try to give everything, even risking themselves, because they don’t want to let all the kids play by themselves against Milan, against Liverpool. As an example, Eric Bailly was not going to play and when he saw that [Chris] Smalling was injured in the warm up, he decided by himself that he didn’t want another kid on the pitch. It was not fair on Alexis [Sánchez] and [Juan] Mata and [Ander] Herrera.

“We are just trying to play these matches the best we can, and I think the boys did very well until the gasoline went. When it went, it was goodbye. Liverpool had the majority of their players, and they rotated their players. [Mo] Salah played 45, then 45. We can’t do it. Herrera 90 minutes, [Andreas] Pereira 90 minutes … gasoline over. So what did this game give me? Nothing at all.”

We are responsible to our fans, and ...