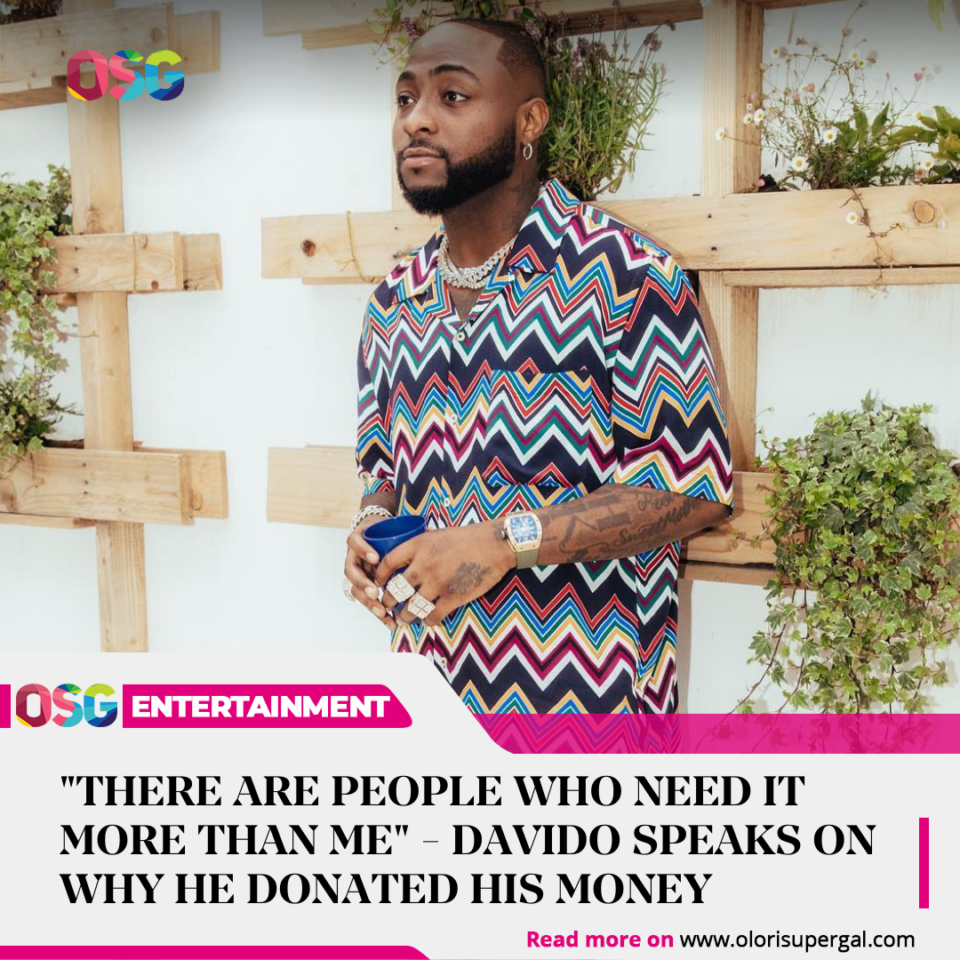 Singer, Davido, in a video shared on his Instagram page explained why he is giving out the 201 million naira donated to him by his friends and fans ahead of his 29th birthday.

In the video, he noted that it’s not like he doesn’t need the money, however, some people need it more than him.

He noted that he will be adding 50 million naira out of his personal money, making it N251 million to be distributed to different orphanages.

“A lot of people have called me saying ‘it’s your money, keep it. Don’t listen to what people are saying’. Not to be corky, The money is a lot. I wouldn’t say I don’t need it but I think there are more people who need it more than me.

Right now we are at N201 million. I have decided to donate all the money in Nigeria. I am going to add N50 million of my own money. So that I N251 million that I am going to be disbursing”.