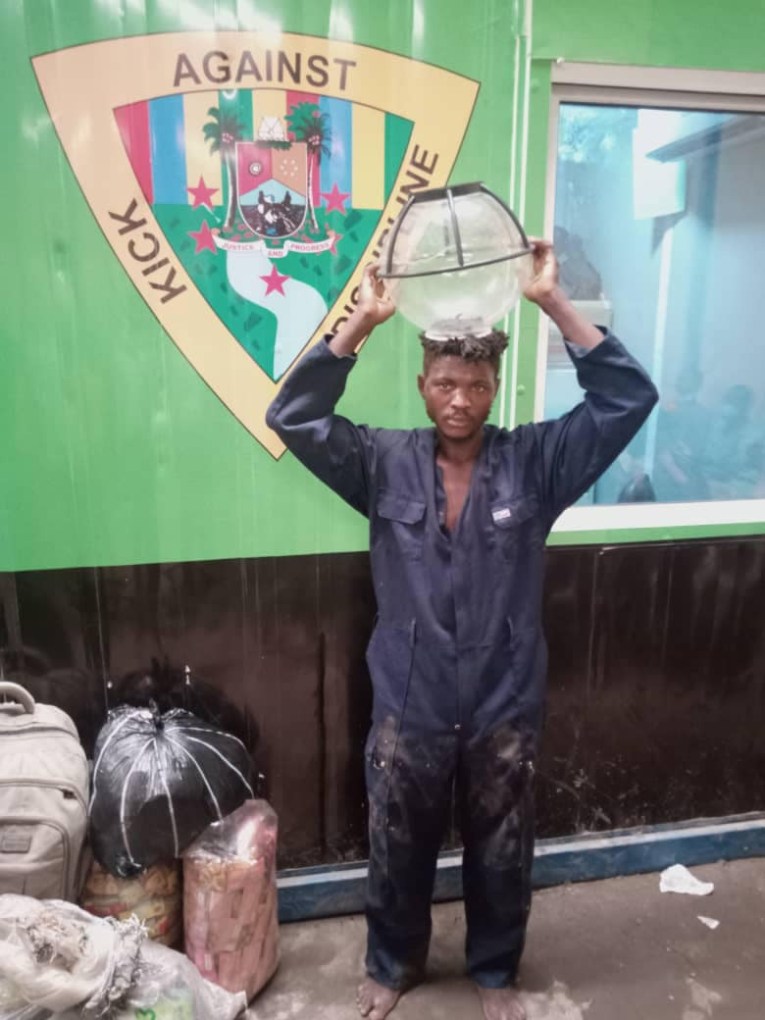 Al-Amin, who disguised in a safety & utility overalls has allegedly been in the habit of removing glass covers which houses the garden lights, to be sold at the detriment of the environment.

The suspect has been handed over to the Police for further investigation and prosecution.