Nigerian football player, John Ogu is reportedly having problems in his marriage. Its just 2years after the footballer and his wife Vera wedded, and their marriage is in crisis.

The couple who got married in December 2015, have deleted photos of themselves on their Instagram pages. They have also unfollowed each other.
John has reportedly stopped wearing his wedding ring and Vera on her part has reverted to her maiden name, Akaolisa. Also on her Instagram page, she has removed wife from her IG bio. 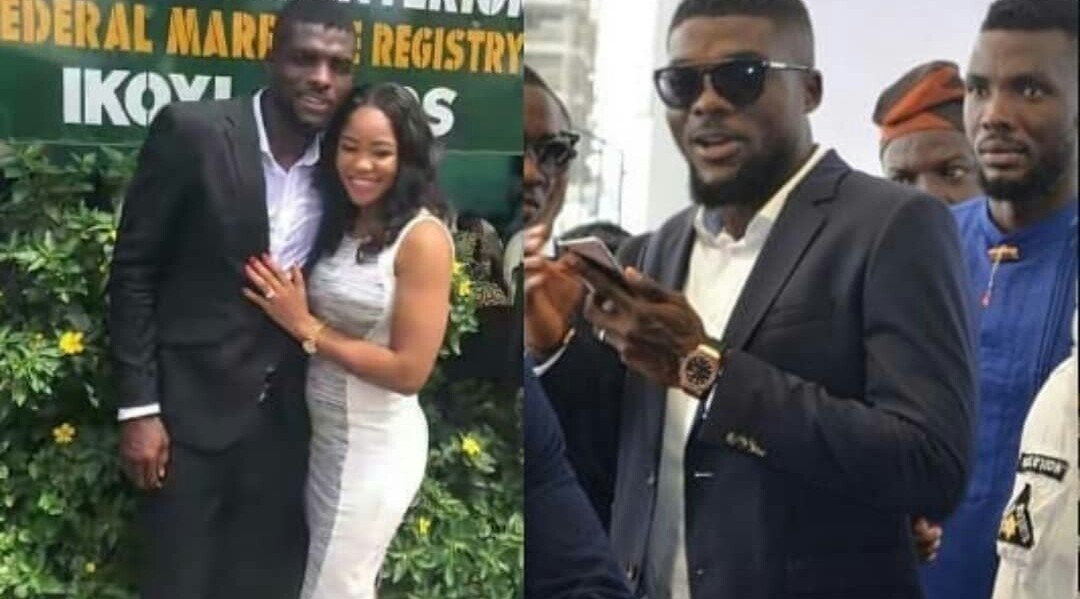 Vera who moved to
after their wedding is said to have returned to her parents home in Festac town, Lagos.
There are also reports that Vera and family have returned bride price.