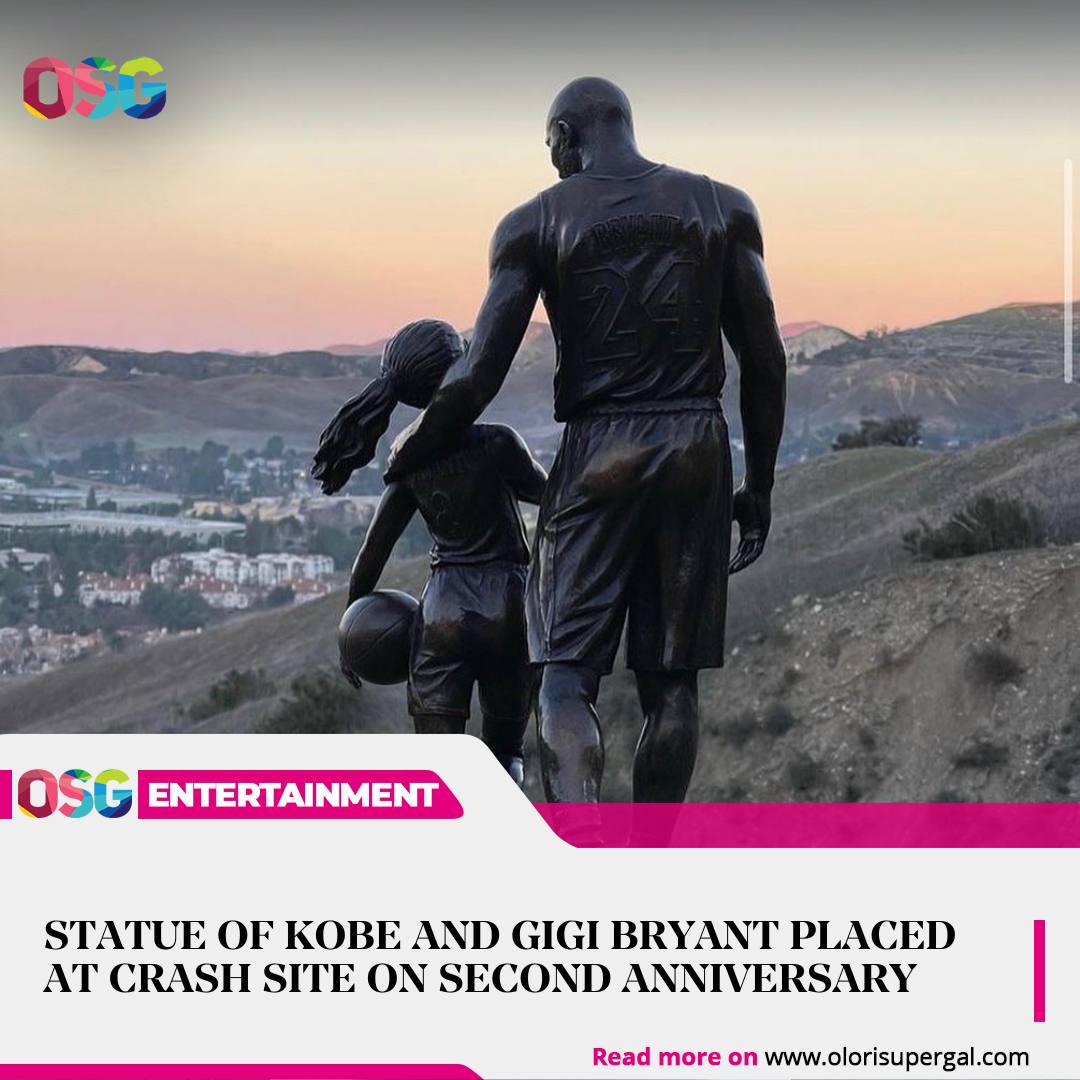 A sculpture of NBA legend, Kobe Bryant and his daughter Gianna “Gigi” Bryant has been placed at the helicopter crash site on Wednesday, 26th January 2022, the second of their death anniversary.

Recall that Kobe and his daughter, Gigi alongside seven others died on 26th January 2020 on board a Sikorsky S-76B helicopter.

The helicopter crashed in the city of Calabasas, California, around 30 miles northwest of Downtown Los Angeles, while en route from John Wayne Airport to Camarillo Airport.

The bronze statue depicts Kobe and Gigi wearing basketball uniforms and sharing a loving glance as Gigi holds her father’s hand as it rests on her shoulder.

Sculptor Dan Medina was at the site to greet fans who made the 2.1km hike to pay their respects to the sports legend.

“On this day, the second anniversary of the accident, I decided to bring it up from sunrise to sunset and create a bit of a healing process for fans.”

Engraved on the statue’s steel pedestal are the names of all nine victims of the early morning crash which occurred on Jan 26, 2020.

It also includes an inscription of Bryant’s famous quote,

“Heroes come and go, but legends are forever.”

President Biden To Make History As He ...