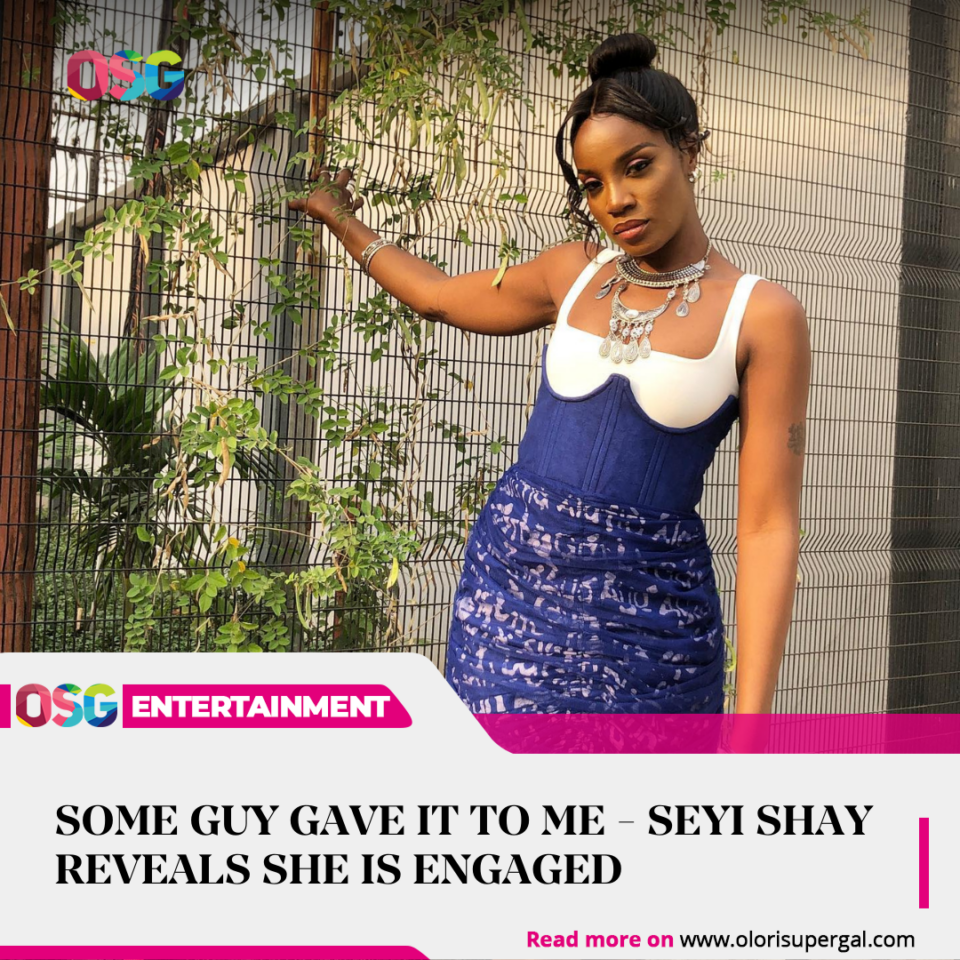 Nigerian singer, Seyi Shay, has opened up about her engagement, adding that her new man added to her glow.

The singer stated this in an interview with Beat FM on Tuesday, where she showed off her diamond ring.

When asked about the ring, the PemPe crooner said,

According to her, the relationship is going on nicely, although she did not unveil the identity of her husband-to-be.

Reaffirming her engagement, she held up her fingers and said,

“This is diamond, baby. Real diamond, honey. Diamonds are forever.”

When she was asked if her engagement was responsible for her new glow, the singer said,

“Not really. I had already evolved. I was already glowing before I met the guy. So he just added to the glow. If there was no ribbon on the package, I would not have said yes.”

During the interview, however, the singer declined to talk about the pregnancy rumour which was sparked by a video she posted in December 2021.

Speaking about the rumoured pregnancy, she said, “I don’t know. We’ll find out in nine months.

Born Oluwaseyi Joshua on December 21, 1985, the singer, songwriter, and actress released her debut studio album Seyi or Shay in November 2015.

Remain The Legend And Hero You Are ...