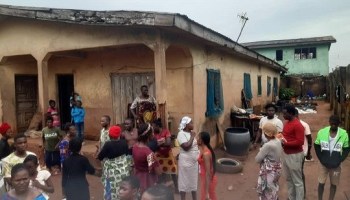 A 78-year-old woman’s decomposing corpse has been discovered in an apartment in Benin, Edo state capital.

Reports revealed that the daughters of the woman who are between the ages of 58-60, left the decomposing corpse of their mother in their apartment instead of taking her to the mortuary, nine  days after her death, because the Lord instructed them not to tell anyone.

The smell from their apartment pushed neighbours, into forcing themselves into the apartment, leading to discovery of the corpse.